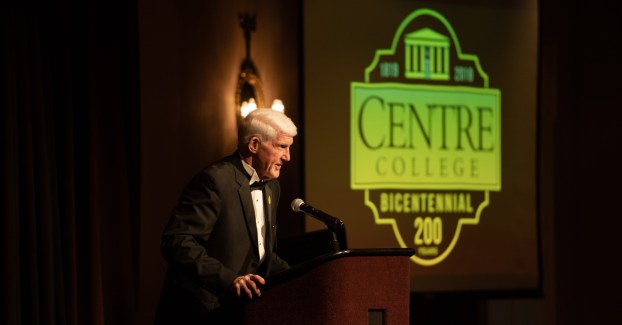 The Centre College Board of Trustees had plenty to celebrate at its winter meeting, held January 25-26 in Louisville. Not only was the fundraising goal of the $200 million Third Century Campaign exceeded at final count on December 31, eclipsing $210 million, but the trustees also officially recognized the start of Centre’s year-long bicentennial anniversary.

Shipley is assisting with the College’s recent association with the MIT Regional Entrepreneurship Acceleration Program and related initiatives, and Reed is serving as a consultant for Centre’s continuing efforts to strengthen diversity and inclusion.

Related, Centre Athletic Director Brad Fields reported that this was one of the most successful athletic campaigns for the seven teams that compete in the fall. Five conference titles, five NCAA post-season berths and two NCAA Sweet 16 appearances were achieved. As well, 50 student-athletes were named SAA all-conference, 19 were recognized as all-region, five earned SAA Player of the Year and six won All-American honors.

As part of the College’s commitment to create a culture of caring, Vice President for Human Resources & Administrative Services Kay Drake outlined numerous Title IX-related efforts focused on assuring that all members of the campus community are safe and feel protected. Drake serves as Centre’s Title IX coordinator.

And in terms of finances, CFO Brian Hutzley reported on Centre’s several current capital projects, including construction of a new residence hall still on track for completion by fall 2019. Additionally, a renovation and expansion project for Olin Hall, home of chemistry, mathematics and physics, is set to begin just after Commencement. He also said that despite recent market volatility, Centre’s endowment remains strong and is currently valued at $321.9 million.

The Class of 1968 and Class of 1969 Scholarships, each established by their respective classes, will be awarded to qualified and deserving students. The Meredith Roberts Scholarship Fund, established by friends in her memory, will be awarded to qualified and deserving students, with a preference for young women. And the James W. Barton RICE Symposium Lecture Fund, established by Dr. John Barton ’79 in memory of his father and grandfather, who shared the same name, will provide funding for a distinguished guest lecturer in conjunction with the annual Research, Internship and Creative Endeavor (RICE) Symposium.

The Centre College Board of Trustees next meets on the historic, 200-year-old Danville campus for its spring meeting, scheduled for April 11-12.