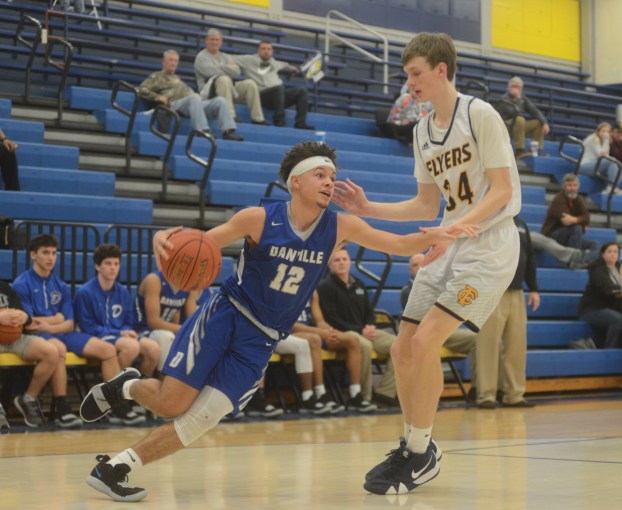 Franklin County comes back to beat Danville in overtime

FRANKFORT — In a game of runs, Franklin County’s boys basketball team had the last one, beating Danville 62-55 in overtime Monday at FCHS.

FCHS tied the game at 50-50 with 18 seconds left, and Danville was called for an offensive charge with just under two seconds remaining.

The Flyers missed a shot at the buzzer, sending the game into overtime.

Danville was without DeShaud St. Martin and Zach Thornton in overtime, who fouled out in regulation.

Danville opened the extra period with a 3-pointer by Dante Hayden, but the Admirals went cold after that.

They had one more basket, by Darrian Bell, that tied the game at 55-55 with 1:46 remaining, and it was Danville’s last basket of the game as the Flyers closed out the contest on a 7-0 run.

Neither team could score in the first quarter. By the fourth quarter, everyone could score. It was the “typical 45th... read more