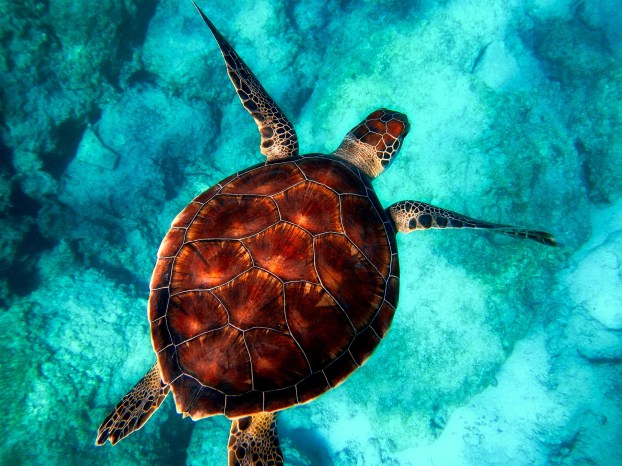 Public domain Amanda's Animal Fact of the Week Sea turtles can be found in every ocean in the world except the Arctic and Antarctic.

Global game-changers needed to save the planet

We cannot keep doing what we are doing and expect the environment to be okay. Many of us are recycling, but recycling is not enough. We need a big change, even several big changes.

We need the environmental equivalent of the lightbulb or personal computer — something that really changes the fundamental way we go about our days.

The way our world is built right now, it’s far too easy to live your life daily life and not think about your impact. We need new innovations that will transform our everyday lives and make it easier to be environmentally conscious.

There isn’t much that’s easier for an individual to do than recycling. A 3-year-old can recognize the basic materials that are recyclable and sort them into a bin. For many, the only other step is taking the bin to your curb; for others, the bin has to be transported to a sorting station. Then you’re done and the world is a little better off because of it.

People are busy. They are always going to do what is fast, easy and convenient. If making an environmentally friendly choice isn’t fast, easy or convenient, the majority of people aren’t going to make that choice.

The best thing we can do right now is to invest in products and ideas that will make being environmentally friendly easy for the masses.

Here are a couple of the new products that I think could be a game changers for the environment:

• Transparent solar panels: These small panels can be seen through like windows but also generate electricity. They were developed at Michigan State University. They could be placed on top of windows and can collect non-visible light energy from the sunlight, while still allowing visible light to pass through. The cells have been engineered so they only collect ultraviolet and the near-infrared wavelengths.

This could be a game changer and could make a big impact if they are placed on tall buildings in cities, as well as on cars. There are many cool applications for this new technology. Michigan State University originally posted about this in October 2017, but it’s new to me.

• Straws and cutlery made from avocado seeds. There is a company in Mexico that is using the pits from avocados to make biodegradable items like forks, knives, spoons and straws. They extract a molecular compound from the pit which is a biopolymer, then they can mold that into different shapes.

Since Mexico grows so many avocados, they also wind up with a lot of avocado pits. These pits would biodegrade, but now they can be turned into other items before they break down. We already have corn-based products that can replace plastics, but the more alternatives we have for plastics the better.

Ideally, we would have a government that would see and appreciate the need for conservation measures and they would put laws in place that require people to make environmentally friendly choices. We are really to the point where we can’t overcome our past mistakes and the rate at which we’re destroying our planet without truly big changes.

It is good to do your part and “reduce, reuse and recycle” on a personal level. But if we don’t make big changes as a society and soon, it’s going to be too late.

Amanda Wheeler is an environmental educator with a master’s in zoology. She lives in Stanford.

Friday, West T. Hill Community Theatre goes up with another Kentucky-inspired production by playwright Catherine Bush. “The Other Side of... read more