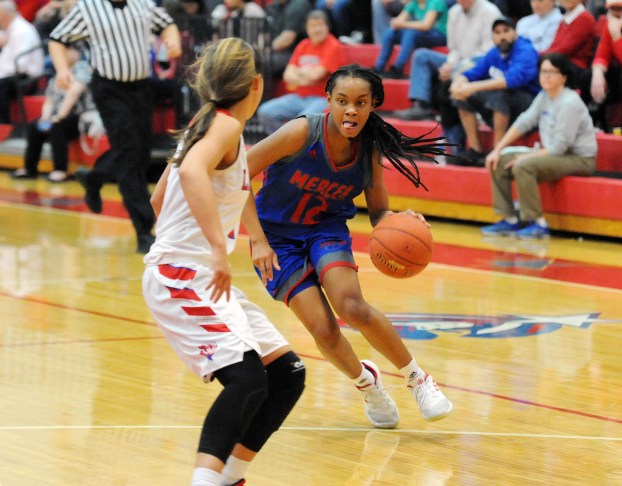 There were no area district basketball games on Tuesday night.

But the games that were played were a great example of just how tight the 12th Region tournament will be for boys and girls.

“The 12th Region is tough,” Lincoln head coach Cassandra McWhorter said after Tuesday’s loss. “Mercer has that experience, they have that confidence. I knew they were going to come in hungry tonight. The 12th Region, you can lose on any given night. Going into the season, this was going to be a tough region. It speaks volumes to how strong the region is in our state.”

Other games across the region showcased that truth: Boyle County girls have been up and down this season, but lost by just two points on the road at Southwestern on Tuesday. Southwestern is considered the favorite in the 48th District.

Casey County is the 47th District favorite and has reeled off eight straight victories, including a win against Lincoln at Garrard County. The Liberty Rebels will play at Mercer County on Friday before visiting Danville and hosting Lincoln next week.

“The 12th Region is just so competitive this year,” Mercer head coach Hayley Spivey said. “There’s about five or six teams in the mix. This is a huge region win, but this win doesn’t mean we go to the state tournament. This is just a regular-season game, we’re not trying to get too high off of it. We’ve got another huge game Friday, we’re just going to come back ready to work.”

For now, it looks like the 12th Region still runs through Mercer County: The Titans are 8-0 in region play, the only 12th Region girls basketball team without a region loss.

On the boys side, there’s plenty of noise.

Danville has the most wins at 22-4, but the Admirals have back to back losses on their tour of Frankfort, falling to Franklin County in overtime on Monday and Frankfort by two points on Tuesday. The Admirals are 13-1 in 12th Region play. Wayne County is next at 12-2 in the region.

The Admirals will likely face Garrard County in the 45th District tournament semifinals, and that’ll be a game the entire region will watch. Garrard has two straight quality wins, against Corbin (Saturday) and Casey County (Tuesday). More importantly, Garrard hosts the 45th District tournament this year and took Danville to double overtime on Jan. 29.

Lincoln and Boyle will be the 2-seed vs. 3-seed game in a matchup of two unpredictable teams. The Patriots and Rebels split regular-season contests — each team winning on the road — and each are 4-4 in their last eight games. Lincoln lost at the buzzer against Southwestern on Saturday at home, and Boyle crushed Southwestern by 22 points on Tuesday in Somerset.

Travel north and you’ll find a 46th District that looked like Mercer’s to lose — the Titans had reeled off 11 wins in 12 games before losing Tuesday at Lincoln by 22 points. The Titans are another team that, when they’re on, are capable of winning a region title.

STANFORD — The 12th Region champion will have to go through the two-time defending state champion. Mercer County made a statement... read more