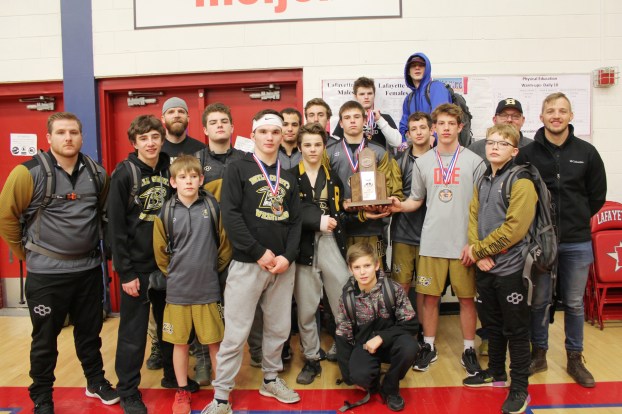 It was a historic region wrestling tournament this weekend for Boyle County.

The Rebels placed  fourth as a team in the 7th Region tournament, with at least six wrestlers set to compete at state this weekend.

Danville placed eighth in the region tournament and will send at least two wrestlers to the state tournament.

Morgan Sallee (113) and Pierce Haines (285) each finished second in their weight class. Spencer Updike (220) and Christian Poynter (138) both finished in fifth place and will be alternates at state.

“As a team, we performed well above my expectations. We are a large region, and to finish in the top eight with such a young group was good,” Danville head coach Joey Sallee said. “We had some guys that really wrestled well; we didn’t qualify as many as we would have liked, but guys went out and fought.”

For the first time in more than 20 years, Danville boys basketball has swept the 45th District in the regular... read more