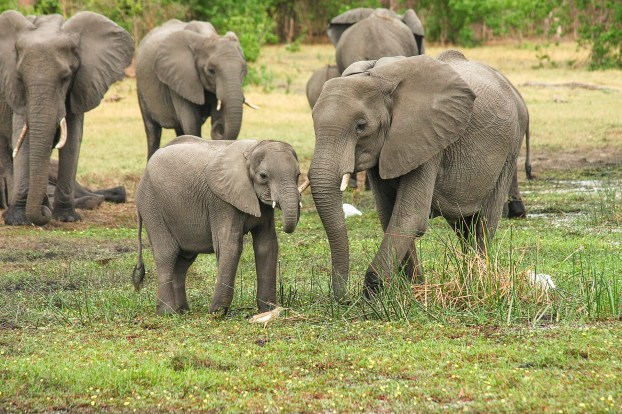 Amanda Wheeler’s Animal Fact of the Week Elephants have the longest gestation period of all mammals. The average elephant gestation is about 95 weeks.

Barbie is getting a new job: caring for the planet

We have all heard the saying, “You are what you eat.” While I feel like that’s pretty true, it’s also true that you are whatever you surround yourself with. Children are especially impressionable and so the toys, games and shows they watch really help shape them into the people they become.

Mattel, the company that makes Barbies, has really changed up a lot of their dolls in the past few years.

First they were making them more inclusive of different body types. Now, they have announced that they will be making dolls that have special needs. Some of these dolls have wheelchairs or prosthetic limbs. These dolls really are starting to look more like the world around us and that is important.

Children need to be able to see dolls that look like them. It’s important for everyone to know that there is not just one definition of beauty and we are all beautiful in our own ways.

Mattel has also recently announced that in spring 2019 they will be releasing a National Geographic line of Barbies. This is exciting because it’s going to show kids and especially girls that they can be scientists and explorers. These dolls are going to have careers including wildlife conservationist, polar marine biologist, wildlife photojournalist, astrophysicist and entomologist. These careers are so important for people to go into these days. We need people to be researchers and scientists if we are going to be able to save the planet.

The fate of our planet really depends on us and educating the kids about the environment and what they can do to help protect it. Education doesn’t only happen in classrooms; a lot of times, it happens when kids play. When girls see that Barbie can do all of these jobs, it will make the jobs feel more possible. It will probably also make these jobs seem cooler, although I think they are pretty cool already.

The International Day of Women and Girls in Science Day was just held on Feb. 11, so there’s no better time to encourage girls to become scientists and care about the environment. The dolls are a great idea, but they aren’t going to magically create the next generation of female scientists on their own. We still need to make sure we are encouraging girls in the sciences in many different ways.

According to UNESCO’s Institute for Statistics, less than 30 percent of the world’s researchers are women. If we encourage our girls today to care about the planet and help them believe they can do anything, we can work toward making that number 50 percent.

Amanda Wheeler is an environmental educator with a master’s in zoology. She lives in Stanford.

Global game-changers needed to save the planet

We cannot keep doing what we are doing and expect the environment to be okay. Many of us are recycling,... read more