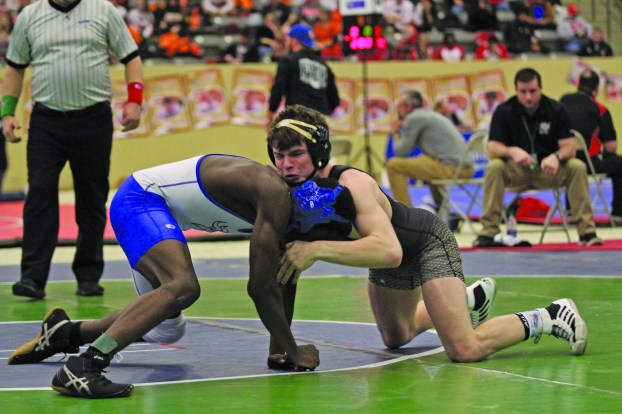 All eight will wrestle on Saturday.

Boyle County sent six to the state tournament while Danville sent two. Boyle senior Jordan Bates is the only area representative remaining in the winner’s bracket: He’s in the 138-pound semifinals after two wins by pin and one 7-3 decision in the winner’s bracket quarterfinals. Bates has secured a top six finish already.

The other area wrestlers have work to do: Danville’s Morgan Sallee won his first two matches before dropping a 5-1 decision in the 113-pound winner’s bracket quarterfinals.

Emma King has put in work on the basketball court. The Lincoln County senior was named 12th Region Player of... read more