Two incredible talents pair up for next lunch series at CAC

Expect a full house at the Community Arts Center on Wednesday when renowned poet Maurice Manning returns to Lunch with the Arts. Manning will be joined by Sue Massek, a professional banjo player. Together, they will provide a program of poetry and music which will focus on the culture and geography of central Kentucky and its various edges.

Manning’s first Lunch With The Arts program occurred in January of 2012. His fourth book of poetry, “The Common Man,” had just been selected as a finalist for the Pulitzer Prize in 2011. Since then, Manning has published two more books. “The Gone And The Going Away” was published by Houghton Mifflin Harcourt in 2013. “One Man’s Dark,” published in 2017 by Copper Canyon Press, is his latest offering.

During his program, Manning plans to read some new poems followed by a Q&A session. All of these poems were written on his Washington County farm.

“While my work implicitly responds to our current world,” Manning says. “I’m always more interested in the created world and our relationship to it.”

Manning has invited musician Sue Massek to play some of her music to enhance the experience. 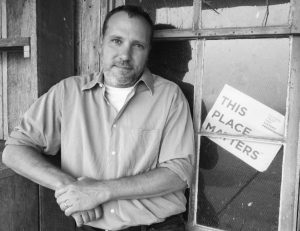 Of Massek, Manning says, “Sue’s music is bluegrass and mountain music, which have been an influence on my poetry.”

Manning is an award-winning writer from Danville, currently living in Washington County and teaching at Transylvania University. He is the featured author in the January/February  issue of Danville Living magazine.  In addition to his previously mentioned books, other works include: “Lawrence Booth’s Book of Visions” (2001), which was selected by W.S. Merwin for the Yale Series of Younger Poets, “A Companion for Owls” (2004), and “Bucolics” (2007). “Railsplitter,” his next book of poems, will be published in 2019.

Massek is a member of the ground-breaking all women group, Reel World String Band and has been performing for more than 50 years. In addition to being a master artist with the Kentucky Arts Council’s Folk and Traditional Arts Apprenticeship program, she has the distinction of being in the first graduating class of the Arts Council’s Community Scholars program.

According to her biography, she learned banjo from old timers in West Virginia and Kentucky after she hitchhiked from the Flint Hills of her native Kansas.

Part of Massek’s career has been to keep these traditions alive. In addition to her work with the Reel World String band, Sue has three solo recording projects: “Searching for Shady Grove,” “Brave is the Heart of a Singing Bird” and “Precious Memories, the Songs of Sarah Ogan Gunning.”

Sign language interpretation will be provided at this event and members of the deaf community are warmly invited to attend. Massek’s musical selections will primarily be ‘background’ to Manning’s poetry, which will be interpreted.

If you would like to sponsor a Lunch with the Arts program, contact Niki Kinkead at: director@communityartscenter.net 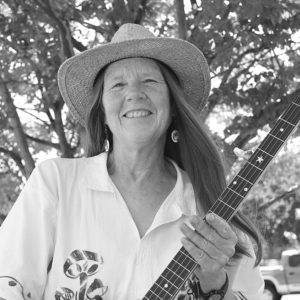 $5 per person at the door