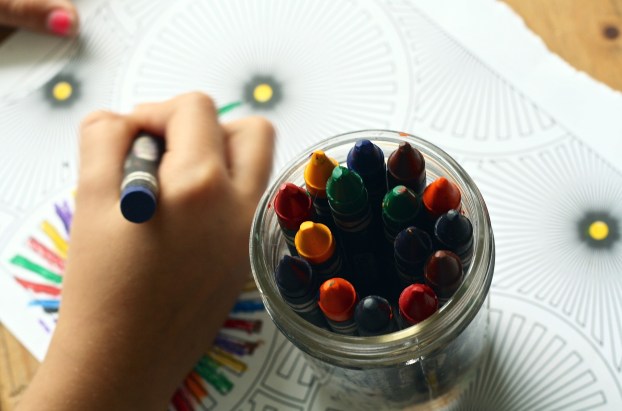 Danville Independent School District is growing its preschool program by a third next school year, and some of the new seats will be open to any preschooler whose parents can pay tuition.

When the renovated Hogsett Primary School opens for the 2019-20 school year, it will have four preschool classrooms, instead of the three the district currently has, Superintendent Tammy McDonald said.

Each preschool classroom will have 40 seats — 20 morning seats and 20 afternoon seats — for a total of 160 seats.

“We have to serve our at-risk students first,” McDonald said.

Danville provides preschool to all kids in the district who qualify as “at-risk” because of their parents’ income and/or the children’s educational needs. “Currently, we’re only a few students shy of maxing out the classrooms that we have,” McDonald said.

Because there will probably be more seats available than there are at-risk kids, the district is planning to let up to 20 preschoolers who are not considered at-risk attend as well. Parents of the non-at-risk students would pay tuition of $48 a week.

• A majority of kindergartners in Boyle County aren’t ready for school and most younger children don’t have access to high-quality child care facilities, according to a “white paper” just released by the Danville-Boyle Early Childhood Alliance; and

• last year’s closure of the large day care A Children’s Place created a substantial “gap” in the number of child care seats available in the community.

“We see more and more students that are coming to kindergarten and they’re just not kindergarten-ready,” McDonald said.

The loss of A Children’s Place “intensifies the large numbers of our students that are not kindergarten-ready,” she added.

McDonald said children’s “early foundation” is vitally important to their success at each subsequent level, all the way up through high school and post-secondary education.

“One of my top priorities is really working to improve that early foundational piece for our students,” she said. “… It’s a benefit to our district in that it really helps us in the long-term sustainability of our district. It’s at the top of our priority list.”

The Danville Board of Education approved Monday two new positions — a teacher and an instructional assistant — to staff the new classroom. McDonald said the district is seeking federal grant funding for the positions and doesn’t expect to spend any money out of its general fund.

Anticipating strong interest in the preschool slots, McDonald said the district will begin accepting names onto a list at Hogsett’s current location on East Main Street (the former Jennie Rogers Elementary) when the school opens on April 8.

Everyone on the list will then attend one of three registration days in May, when prospective students will be tested and parents will fill out information.

If a child qualifies as at-risk, they will be given a preschool seat. Once all the at-risk children have been identified, the district will then go through the remaining names on the list and offer them the 20 tuition-based seats, McDonald explained.

The list will be kept in order by who signed up first, “so parents need to get there the morning of April 8” if they want a tuition-based seat, she said. “… Whether they think they qualify or not, they probably need to get there early.”

McDonald said the tuition-based seats can be offered because “historically, the numbers have been fairly steady on at-risk students.”

In fact, “if we get into the school year and see that we’re not filling up more” with at-risk students, the number of tuition-based seats could be expanded, she said. But the district will likely always keep a handful of seats open for new at-risk kids who move into the district mid-year.

If an influx of at-risk students were to put the district over its 160-seat capacity, McDonald said tuition-based students would not lose their seats; instead, the district would work to provide additional resources so all existing students could continue.

Other districts that offer tuition-based seats have policies of removing tuition-based students if more at-risk students show up. But “I don’t have the heart to kick a student out,” she said.

Valvoline assistant manager gives back to community that helped him