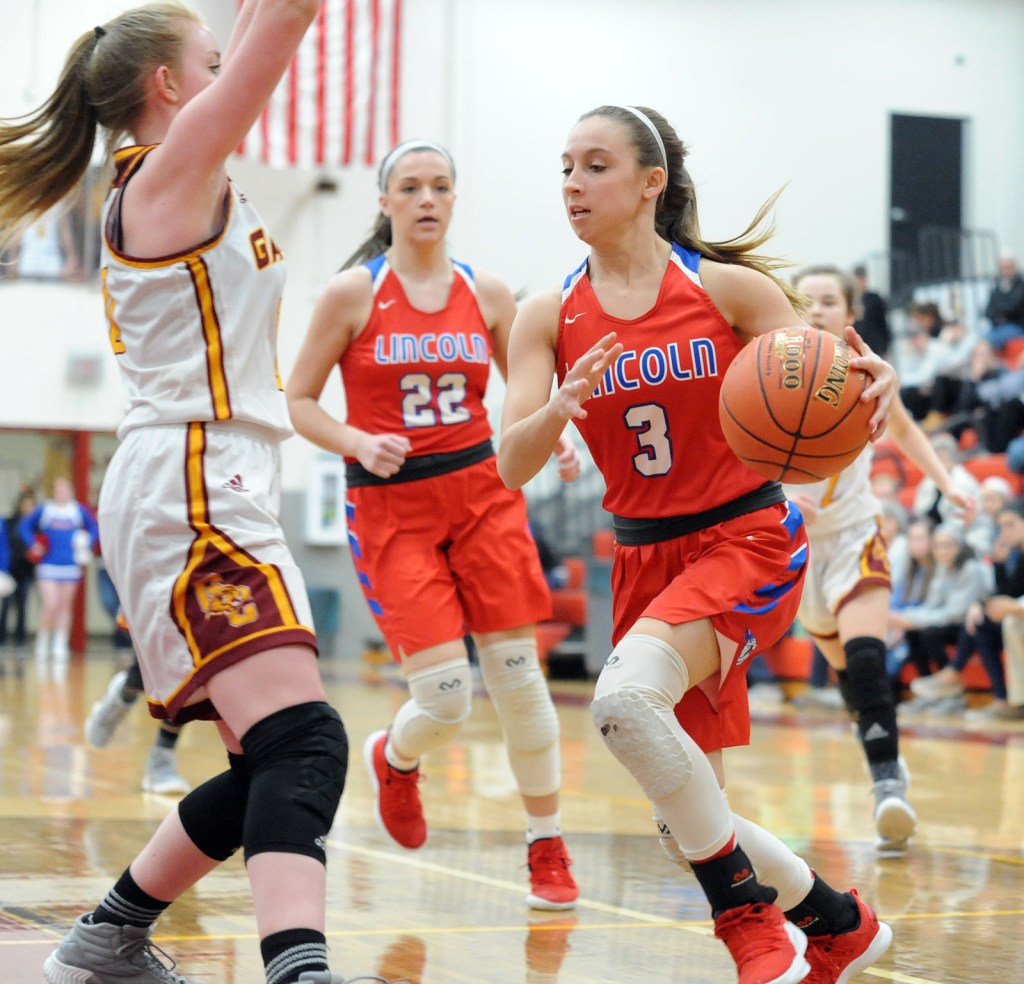 No. 13 Lincoln, the tourney’s top seed, exploded out to a 21-7 lead in the first quarter against host Garrard County and continued to add onto its lead throughout the game, reaching a 32-point advantage in the fourth quarter before notching an 80-48 victory over the Lady Lions.

Lincoln improved to 22-6 with the win and earned a spot in Friday’s championship game with Danville, a 62-49 winner over Boyle County in Tuesday’s first game. The victory also earned the Lady Patriots an automatic berth in next week’s 12th Region Tournament at Pulaski County.

The Lady Patriots led 40-21 at the half and were up 64-37 heading into the fourth quarter.

Twelve of the 15 Lady Patriot players got into the scorebook in the win, led by senior guard Maddy Boyle, who had a game-high 19 points. Three finished in double figures with Kaitlynn Wilks tallying 15 points and Emma King finishing with 10 points.

It was a milestone night for Wilks as the senior center grabbed her 1,000th career rebound. She needed five boards going into the game and she surpassed the 1,000-rebound mark early in the second quarter.

Garrard, which finishes the season at 6-26, had two players in double figures. Brittany Butner led the Lady Lions with 13 points and Jayden Naylor came off the bench to score 12 points.