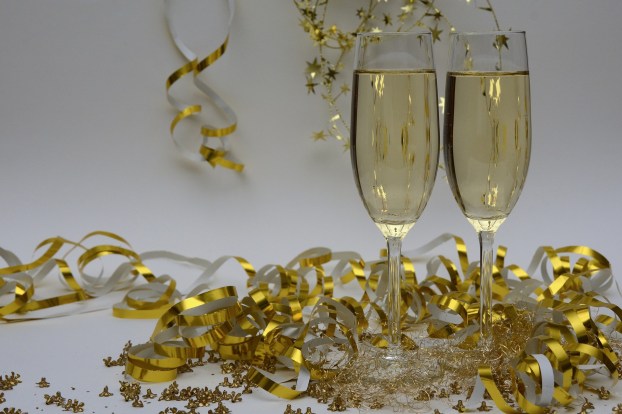 The Danville-Boyle County Chamber of Commerce is celebrating its 100th anniversary of supporting business in the community during its annual banquet and award presentations on Friday, March 8.

The 100th Birthday Bash will be held at Chowan Hall on Centre College Campus, beginning with a social hour serving hor-d’oeuvres at 5:30 p.m., with music provided by the Heritage Area String Program string quartet and local musician Travis Kern. The dinner menu will feature Kentucky inspired dishes such as Ale-8-One braised brisket and Kenny’s Farmhouse cheese grits. It will be prepared by Sodexo. A dessert social begins at 7:30 p.m., with local jazz singer Michael Hughes entertaining the crowd.

Award winners will be recognized at 8 p.m. Desserts will be provided by Bluegrass and Buttercream, Bluebird Café, Cheddar’s Scratch Kitchen and O’Charley’s, as well as a huge birthday cake from Sweets by Cindy.

For the first time this year, a silent auction will be going on throughout the evening, said chamber executive director Jeff Jewel. Money raised will go to the chamber’s Challenge Foundation, which supports the organization’s Youth Entrepreneur, Youth Leadership and Teacher Academy programs, Jewel said.

A few items up for bids are a trip to Gatlinburg, a local getaway at a bed and breakfast with dinner; and a year’s worth of car washes, Jewell said.

Tickets are $75 and include one free drink ticket for wine or beer; there will be a cash bar. Tables can be reserved with the purchase of eight tickets.

The following awards will be presented:

The Danville-Boyle County Chamber of Commerce was organized as a replacement of the old Commercial Club in 1919.

According to Advocate-Messenger archives, several of Danville’s most progressive business men met in the parlor of the Gilcher Hotel on a Friday evening in February and decided to organize and incorporate the Chamber of Commerce of Danville, Kentucky. Sen. Jay Harlan presided over the meeting, which was attended by a small but enthusiastic crowd.

The chamber announced that a banquet would take place on Tuesday, March 11, when the business men’s organization would be formed and officers elected. Banquet tickets were $1 and could have been purchased at Danville Laundry, Spoonamore’s Drug Store, Foley’s Grocery and the newspaper office.

On the night of the banquet, 114 “of Danville’s most progressive citizens” gathered to form the chamber’s organization. The menu consisted of bouillon, sweet pickles, queen olives, roast turkey with oyster dressing, potatoes, peas in cream, candied yams, lettuce with Thousand Island dressing and cherry pie a la mode. Cigars and cigarettes were also given out.

The first slogan adopted for the chamber was “A Bigger and Better Danville,” and members decided to hold regular weekly meetings every Monday night at the Elk’s Club.

It didn’t take long for members of the chamber to become involved in city issues.

During its first year, the chamber took on many projects.

In March 1919, the chamber began to “work in earnest for the good of the town.” Committees were appointed to address the town’s issues of transportation and railroads; roads and streets; factories and industries; public utilities; revenue and taxation; public health and morals; agriculture; public welfare; and improvements to education, just to name a few.

Tickets are $75 and includes one free drink ticket for wine or beer. Cash bar available. Tables can be reserved with the purchase of eight tickets. The deadline to purchase tickets is Friday, March 1. To purchase tickets, call (859) 236-2361 or visit bit.ly/2TlQ47C.