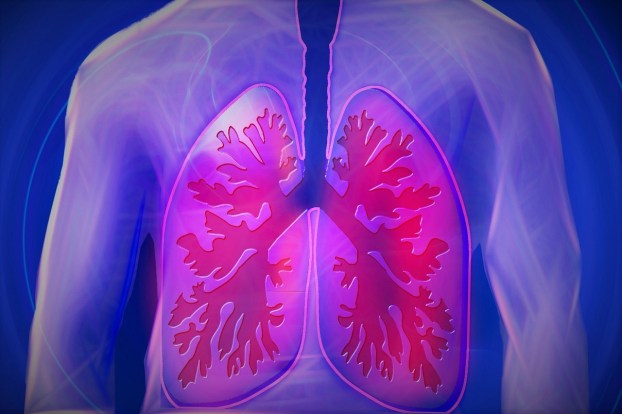 Tuberculosis was still a major health concern for people living in Danville and Boyle County in 1949. The contagious lung disease, cause by a bacteria, was also called “consumption” and “the great white plague.” TB has also been described as one of the deadliest diseases in human history.

As far back as 1906, headlines and stories about tuberculosis were common on the pages of The Advocate-Messenger.

July of 1915, five articles were published in this newspaper explaining what caused tuberculosis and possible treatment and prevention of the disease.

And for decades, pleas were published near the holidays, urging people to purchase Christmas Seals to help fight TB.

Seventy years ago today, a large headline on the front page of The Advocate-Messenger on Feb. 28, 1949 stated, “500 Expected to get TB X-rays Tomorrow.”

According to the story, about 500 employees and administration staff at the Goodall plant on Stanford Avenue were expected to take advantage of free TB X-rays taken when a TB mobile unit arrived at the factory the next day. The mobile unit was to stay in Boyle County for 10 days in order to give everyone a chance to have an X-ray taken.

While at that location, students, faculty and staff of the East End Consolidated and Bate schools were also urged to show up for X-rays.

The program was sponsored by the Boyle County Tuberculosis Association, which had begun a strong campaign against the disease just a few months earlier.

Anyone in the city and county age 15 or older could take advantage of the free service and were urged to do so.

According to the paper, the chest X-ray was “extremely simple” and required less than one minute. The person having the X-ray didn’t have to get undressed, but did have to remove heavy outer coats and costume jewelry “which might cause a spot to show up on the film.” The person’s name and address was recorded as the picture was taken.

The X-rays were developed on the spot in the mobile unit by a technician and were sent to Louisville to be read by a radiologist.

A confidential report of their X-ray would be sent to the person who had it taken. It took about two weeks to receive the report, according to a field representative of the Kentucky Tuberculosis Association.

If someone had received a “positive” report, it didn’t automatically mean they had the disease. “He may be a suspect or as happens once in a while, the film may have been improperly exposed or developed.” If a positive X-ray was returned, a special appointment was made for the patient to have an extra-large, 14-inch by 17-inch X-ray to be rechecked.

If the result was still positive, the patient was sent for treatment and care by their family doctor or to the Boyle County Health Department.

School district uses large-scale survey to figure out how it can help students, parents