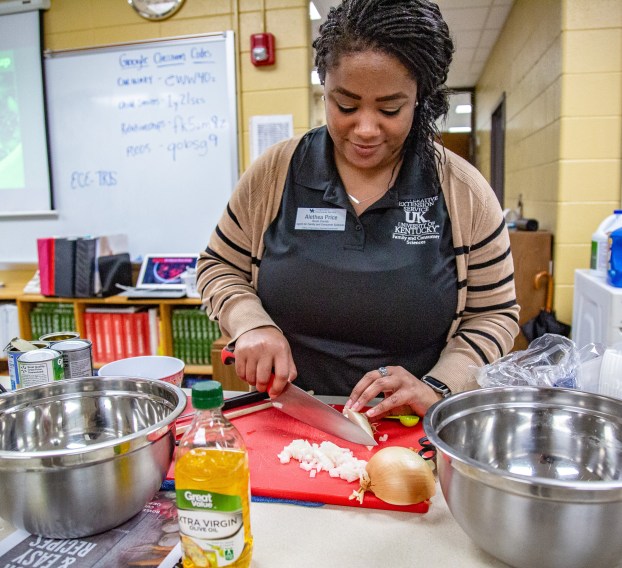 School district uses large-scale survey to figure out how it can help students, parents

Last fall, the Boyle County School District undertook an ambitious project: to survey every single family with kids in school about what needs they have.

“Over the past several years, we’ve been very successful academically. We feel like we do the best possible job with our students academically. And then we obviously … have a lot of successful athletic organizations,” said Stephanie Wade, a district spokesperson. But the district wanted to know how it could help its families with basic needs such as food insecurity, clothing, bedding, health.

“We felt like this was an area we could grow in,” Wade said. “We felt like our kids needed more from us in this area.” 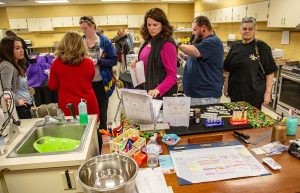 So the district surveyed every single student from third through 12th grades, and every parent of a student in the district.

Superintendent Mike LaFavers said the district required parents of all students from preschool through second grade to respond.

The district got essentially a 100-percent response rate — there was only one parent who declined to respond out of 2,700 families in the district, Wade said.

“As soon as we got the data back, it was like, ‘What’s mission critical?'” she said.

The survey results, which can’t be released in full publicly due to confidentiality requirements, led the district to form seven subgroups to work on addressing specific needs. Wade said the results included stories that “pull at your heart strings.”

The district identified some families who needed beds for kids and delivered beds to them. It also used the survey results to identify a large number of families who qualified for the district’s backpack program — which sends food home for kids whose families deal with food insecurity — but weren’t currently using it. The backpack program enrollment has since increased by 28 percent, Wade said.

“I think sometimes families have a lot of pride and they’re working hard, but they still could struggle financially, so maybe we just weren’t aware that they needed more support,” she said. “Ultimately, we felt like our kids deserved more, our families deserved more from us, so we’re going to work hard to provide and meet those needs.”

One of the subgroups, which Wade and LaFavers are leading, is focused on parent education. That’s because many survey responses from parents told the district they needed more information on how to help with homework, how to plan for a career or college with their kid, or even how to have more family meals at home, Wade said.

A big project from the parent education subgroup launched this week, when the district held its first ever “parent academy” event in the family and consumer sciences lab at Boyle County High School.

Parents and relatives of children in the Boyle Schools attended and learned how to make easy, healthy, home-cooked meals. They also enjoyed some food made by family and consumer sciences students and won some helpful home-cooking prizes in a drawing, including a Crock Pot slow-cooker.

Family and Consumer Sciences Extension Agent Alethea Price led the cooking class portion of the event, showing attendees how to make a 10-minute bean soup. She added garlic bread on the side — because everyone loves garlic bread.

“It’s a very easy, very cost-effective” meal, “so that busy families on the go can throw together a delicious, home-cooked meal that’s low in sodium — but big on flavor,” Price said.

Terry Brown and Sheila Lambert were among those who came to the event. Brown has grandchildren in the school district; Lambert has nieces and nephews. Both said they would be coming back for future parent academy classes.

“She makes you realize how quick you can fix some foods that are more healthy than you think,” Lambert said of Price’s cooking lesson. “And it was all delicious.” 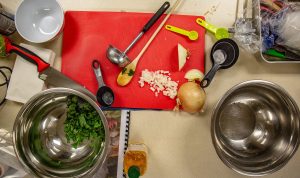 Wade said the cooking class was chosen as the first parent academy topic because many parents said they need more information on nutrition and meal planning.

“We’ve seen a huge decrease in the amount of meals families eat at home — and this is not just here in Boyle County, it’s across the nation,” she said. “… We now spend more food dollars at food establishments vs. groceries to prepare food at home.”

The district may offer one more parent academy event this school year before beginning in earnest with monthly parent academies from September through April during the 2019-20 school year.

Future topics may include social media safety; mental health, depression and anxiety; “raising a reader;” homework help; grandparents raising kids; drug education; college and career readiness; and helping gifted and talented children. Wade said all the possible topics are based off of the responses from the needs survey conducted in the fall.

The goal of the parent academy program is to help “parents become full partners in their children’s education,” she said.

“We want to make sure that we’re uniting with families and just providing opportunities. We teach our kids to be lifelong learners and have a growth mindset. We also want to equip our families with that as well. I think one of the most powerful things we can do as educators is create that home-school connection.”

Watch for more articles about the other subgroups working with data from the Boyle County Schools’ needs survey in future issues of The Advocate-Messenger.

The Danville-Boyle County Chamber of Commerce is celebrating its 100th anniversary of supporting business in the community during its annual... read more