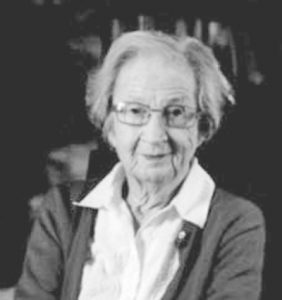 Helen Culton Price, 99, passed away Wednesday, February 27, 2019. She was born on December 18, 1919, in Parksville, Kentucky and was one of 10 children of the late Eugene and Margaret Culton.

She was preceded in death by her husband of 60 years, Bruce Price; and her siblings, Thelma May, Crystal Gregory, Tom, Eugene, Dan, Bob Culton, Katherine Thompson, Anne Thompson and Geneva Glasscock.

Helen was one of seven in her graduating class from Parksville High School and along with seven of her siblings attended the University of Kentucky. She and her siblings were so appreciative of her parents’ sacrifices so they could attend UK, as a tribute to their parents the Culton children supported the renovation of the E.S. Good Barn’s south wing and dedicated it as The Culton Suite. In addition, Helen created a Scholarship Fund in Human and Environmental Sciences to honor her parents also.

During their marriage Helen and Bruce lived in California, Texas, Colorado, Illinois, Wisconsin and several other states. Helen worked as a home economist developing and testing recipes and writing cooking instructions, she taught clothing design classes and clothing construction, she prepared and arranged food for a home economics consulting firm, Pauline’s Picture Foods, she even did live television commercials. Later, Helen taught a two-year diploma program in Clothing and Textiles at a Vocational and Technical school of Madison.

In 1984 Helen retired and she and Bruce moved to Florida. They continued to be involved in UK and enjoyed UK basketball and football, University of Wisconsin sports and the Green Bay Packers. She had a love for golf and continued to play three times a week well into her eighties.

The family will honor Helen’s life with a memorial service at 2:30 p.m., Sunday, June 23, 2019 at the Good Barn Culton Suite on the campus of the University of Kentucky. Also, a memorial service is being planned in Winter Park Florida at a later date.

Services under the direction of Walden Funeral Home Perryville.