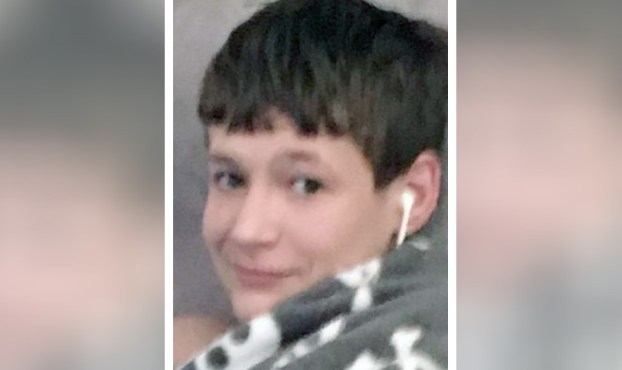 Officials: No evidence to support rumors about Danville runaway

Officials say rumors that have been circulating regarding a Danville teen reported missing earlier this week are nothing more than that — rumors.

The Danville Police Department received enough information to consider Parker a runaway and not just missing, Chief Tony Gray said. He was last seen around 8 p.m. Tuesday night at his grandparent’s house in Danville. He’s 5-foot-8, weighs 120 pounds and has brown hair and blue eyes. He is thought to possibly be in Danville, Boyle County, Frankfort or Shelbyville.

Regardless of the situation, Gray said, anytime a juvenile is missing, authorities are on high alert. “We’re attempting to locate him because he is a juvenile, and weather conditions are going to get bad this weekend,” he said.

The chief said they are working with authorities in all the areas where they believe Parker could be to help “locate the child and place him back in proper custody.”

On Wednesday, an “all-call” went out to Bate Middle School parents, with a recorded message. Heather Henson, who has two kids in school there, said there had already been rumors swirling about the “new kid,” especially after others found out he ran away.

“We got a robocall from the principal, saying there’d been a soft lockdown,” Henson said. “Something like there was some concern, but it had been dealt with.”

However, due to help from social media platforms, even more rumors began to circulate.

And so were parents. Henson said by the time kids got home from school, after parents received the all-call, even more speculation had been added to the story by students. In about an hour, Henson heard five different versions of claims the 14-year-old threatened other students; brought a gun to school; texted a picture of guns to someone; posted a picture of himself holding a gun, with the weapon cocked …

Gray said there’s no proof to indicate any of these rumors are true.

“We’ve heard the rumors, too, but we’ve not been able to verify a single one,” Gray said. He said no one has made any official report, nor provided any photos, texts or posts to show anything about a gun or a threat.

“What I would say is it’s a rumor mill, and there’s been no verified threat. We have begged and asked if anyone through the schools — if anyone at all has actually seen or talked to him, to come forward,” Gray said. “But anything about the threats is all conjecture and rumor at this point. We’ll be doing extra patrols in the schools, just for people’s peace of mind, but there is no verified threat we’re aware of.”

Henson said she and other parents realize how social media can exacerbate situations like this, and they took that into account.

“But after kids came home, again, Thursday with all new rumors, parents were waiting for another call as a follow-up,” Henson said. “We wanted some kind of statement.”

Tammy McDonald, Danville Independent Schools superintendent, said the issue has been investigated and the school system is working with police.

“We can’t find a thing to hold any evidence that anyone is saying about any kind of a threat,” McDonald said. She said the precautionary measure taken Wednesday is not termed a “soft lockdown” by the system.

“We call it ‘shelter in place’ … We go about the school day normally, we just don’t go outside — unless necessary — and we take extra precautions,” McDonald said. She said the school has done so in other cases where only rumors were heard.

“We could hear a rumor about a community member over on the other side of town, could be totally unfounded. But we hear it, so we do the shelter in place. It’s just a way to put a little extra precaution out there,” she said. Kids are not completely restricted from going outside when a shelter in place is called, but certain decisions are made on what activities can be held: Maybe some physical education classes would be held in the gym instead of outside, for instance, McDonald said, and increased supervision would be provided in other cases, such as for athletic practices or bus loading.

“It’s just one step up above normal caution on a daily basis,” McDonald said. And, she said it’s not always something the school district will communicate about.

“If we do a shelter in place and an all-call, we are trying to straighten out the issue. If there’s nothing there, there’s no reason to follow up. Nothing happened, we’ve got no more information from authorities, nothing else,” McDonald said. “From that point on, it’s just been rumors.”

Henson said as a parent, her first instinct is to tell her kids not to worry, it’s not going to happen.

“But it does happen, now in this world. So what do you say to your kids, when they come home worried?” Henson said.

McDonald said parents should know extra precautions are being taken. “There’s absolutely nothing to show any type of threat — nothing out there,” she said.

Chief Gray said, “There’s protocols on what to do when a kid goes missing. There’s always this misconception of waiting 24 hours — not true. Anyone can be reported missing at any time, especially when they’re a younger age.”

Anyone with any information about Parker Rion is asked to call Danville Police at (859) 238-1224 and ask for a supervisor.

Boyle child survives after running away on dangerously cold night

A Boyle County juvenile who ran away from home late Wednesday night or early Thursday morning is lucky to have... read more