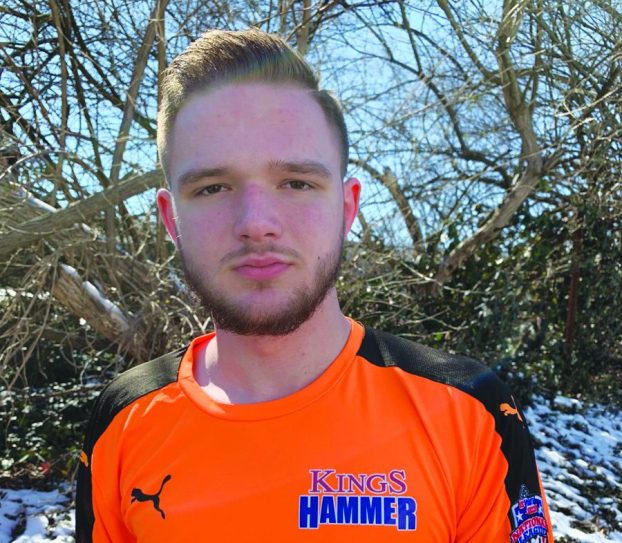 Boyle County goalkeeper Ethan James is taking his talents to the desert.

James will play in the Players Showcase in Las Vegas this weekend for his club team, Kings Hammer, which is based in Cincinnati.

“I’m super excited to go, it’s the farthest I’ve ever been to play soccer,” James said. “I was just down in Orlando, that was super fun, but now I get to go west and I get looks from west-coast schools out there, which is a good thing. That’s an opportunity to get seen by them, which is a cool thing. It’s the highest level of soccer that we can play. It’s pretty awesome.”

James started playing select soccer when he was 12 and moved to club soccer shortly after. He’s been with Kings Hammer for the past two years and has seen his skills greatly improve as he’s progressed up in the club ranks.

“I started freshman year, coach (Mike) Petkus has been a huge help to me. He really drilled in the fundamentals, and so did coach (Tom) Ruby. They drilled all the fundamentals. Then when I went to (Kings Hammer), they just started perfecting them, getting them even better.”

One important addition to James’ game has been helping the team with distribution — he’s improved his footwork and ability to pass out of the back of the team’s defense.

“Now we’re working mostly on my feet, just having faster feet,” he said. “Because that’s a huge role as a goalkeeper nowadays, not just making the saves but using your feet and helping out the team. That’s where I’ve progressed a lot, my feet have gotten so much better.”

“I think the biggest change I’ve seen is just his confidence level,” McMann said. “The competition that he’s playing against at every practice, at every game is top notch. And he’s doing well. He’s received a big confidence boost, that’s what I’ve noticed about him. Confidence in himself and I think that shows a bit more as leadership on the field.”

James said he’s one of two goalkeepers on the roster and the pair split time during tournaments. In National League events like the Players Showcase, whoever is playing the best will get the call to start.

As a junior, James had six shutouts for Boyle County. There’s a skill difference from high school soccer to the club level: The club level naturally attracts players like James who want to play the sport year-round.

“The level of play is just completely different,” James said. “It’s faster up there. We’re doing a lot of combination passes, one and two touch all the time, spreading the field. It’s much faster play. It’s just a higher level of soccer.”

He said that he’s always wanted to play soccer at the collegiate level but wasn’t sure if it was possible until this past season.

“Probably last year, I decided it was a real goal,” James said. “My coaches have been pushing me a lot. This year, it just really hit me because I started getting emails because we could get emails as juniors. It hit me then that this was a real possibility to play at a high level school and play high level soccer.

“I want a pretty big college in the city, lots of people. I just want to be able to play soccer with a bunch of friends at a high level.”

McMann said that, between James’ success at club and his play in high school, he doesn’t think there’s a question how he’ll translate to the next level.

By LARRY VAUGHT Kentucky running back Benny Snell didn’t help himself at the NFL Combine last week when he ran... read more