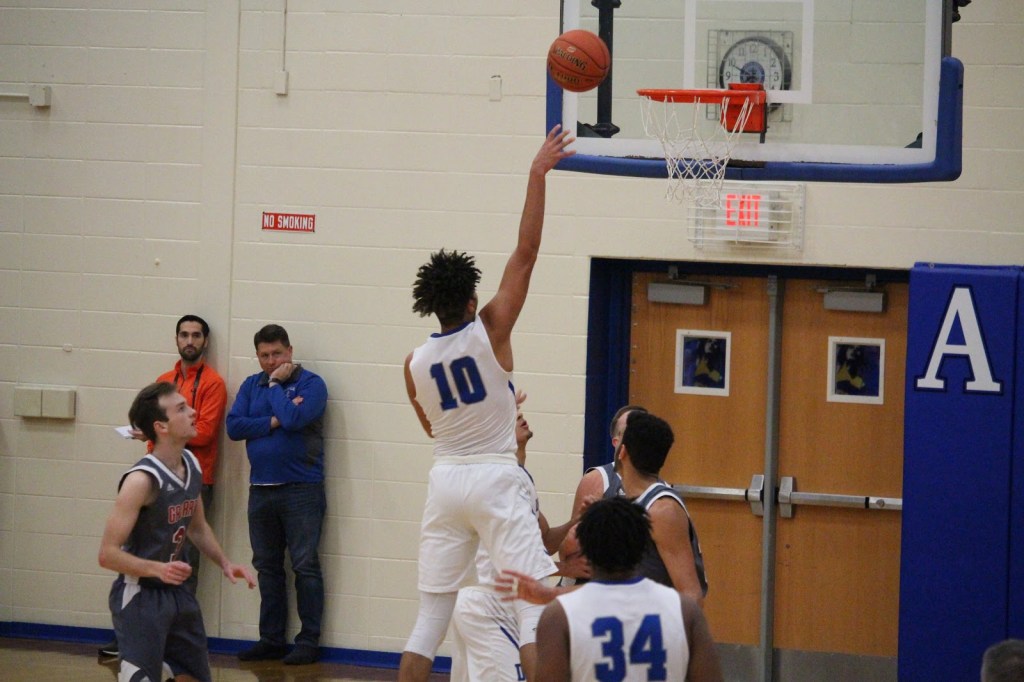 Deshaud St. Martin (10), a senior forward for Danville, takes a shot during a game. Photo by Jakyria Leavell

The 2018-19 basketball season for the Danville Admirals has been very successful. They finished this season with a record of 29-6 and were region runner-up. A team with such an outstanding record clearly has very talented players as well. To show just how talented Danville players are, two of our Admirals made the All Region team. Deshaud St. Martin, senior, and Dante Hayden, sophomore, found their names on the list. 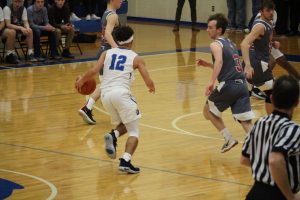 Dante Hayden (12), a sophomore guard for Danville, dribbles with the ball near mid-court. Photo by Jakyria Leavell .

After seeing he made All Region, St. Martin was surprised and honored. When asked if he expected to make All Region, he replied, “Coming into this year already being named one of the top three players in the region, I expected people to put my name in the mix, but I wasn’t sure if I was going to make it.”

After being asked if he has done anything individually to stand out from other players, he replied, “The workouts over the summer definitely contributed, but individually I don’t believe I’ve done anything different; just play every possession as hard as I could. I don’t believe I’m more deserving than any other of our five starters. I just do what it takes to help my team win.”

Likewise, Hayden is also very humble. When asked if he expected to make All Region, he replied, “It was definitely a goal at the beginning of the season with all the work I’d put in. I felt like if I came into the season with a good mindset and a good attitude, then my play would allow me to do so; but I didn’t expect it, it was a goal.”

After being asked what makes him different than other players, Hayden replied, “I think what makes me different is the way I come at the game, I guess. I come at each game differently because each team is different. I come in with a different mindset, but with the same goal, to get a ‘W.’ We have three seniors in the starting lineup and a junior. Just having the older guys there to help me through stuff and be there to take the pressure off of me helps.”

Due to their positive attitudes/mindsets, goals, hard work and time both these players have dedicated to basketball, it is no surprise to any Admiral fan that they both earned a spot on the 2018-19 All-Region-Team.

Ellie Dampier is a journalism student at Danville High School.