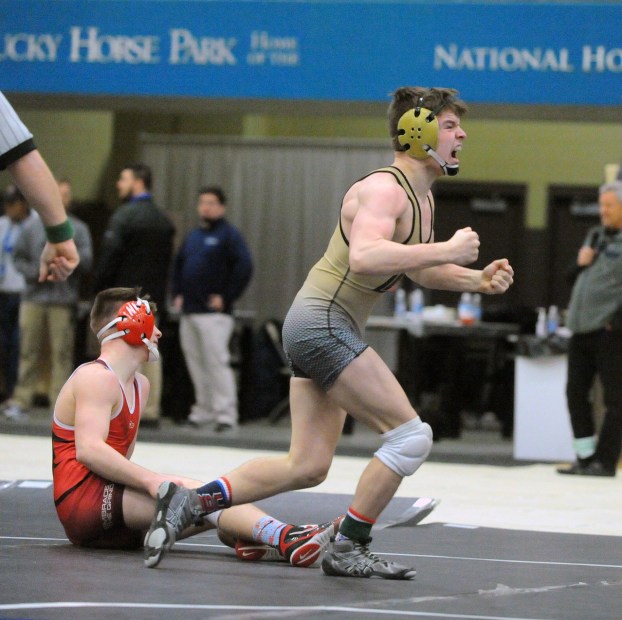 Boyle County’s state champion wrestler Jordan Bates will compete at the next level.

Bates received a certificate of appointment the United States Military Academy at West Point this week.

“One of my greatest honors as a member of Congress is to nominate excellent students like Jordan to our nation’s military academies,” Guthrie said in a release. “I am thrilled to announce Jordan’s appointment to the U.S. Military Academy. He is a strong student and an accomplished athlete. I know that he will serve our country admirably.”

Guthrie helps nominate students to attend military service academies, and then the academies select individuals to receive appointments, according to the release.

“We are very proud of him and all his hard work and dedication,” Boyle head coach Seth Lucas said. “He has worked so hard for this opportunity to get into West Point and now the opportunity to wrestle and compete for the Army Black Knights.

“It’s a very surreal feeling for me as a coach to have coached someone that is going to be an NCAA Division-I wrestler. I’m looking forward to watching him compete and further his career.”