Junior Faris Allahham scores a perfect 36 on the ACT

Photo and coverage by SIDNEE SLONE 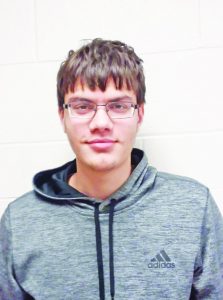 According to a press release from the ACT organization, “Only around two-tenths of one percent of students who take the ACT earn a top score.” Junior Faris Allahham now belongs to this extremely small yet elite group. Allahham had set

his goal at 35 despite the odds of getting such an amazing score. He explained that his goal was high because he simply wanted to compete with his brother who had earned a 35 a few years earlier. The discovery of actually trumping his sibling occurred when he opened the ACT website the day the scores were released. “At first I thought ‘No way’. I didn’t think I’d get a 36 so it was basically disbelief.”

Rec league has its perks

By AARON HATTER Boyle County High School Kids throughout Boyle County have a competitive spirit and they love the opportunity... read more