When students hear the phrase ‘senior year’, thoughts emerge of an easier workload and the countdown of days until they can walk across the stage. After a very stressful junior year, it is easy to see why the final year of high school quickly leads to feelings of senioritis.

However, senior Vanita Fitzwater has not allowed the ‘illness’ to spread to her. Fitzwater is a very well-known and respected senior at Boyle County High School who not only challenges herself with many Advanced Placement classes, but also participates in a wide variety of clubs and organizations. She also serves as a volunteer for many organizations both inside and outside of school. 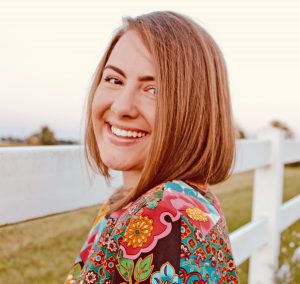 For Fitzwater to be so involved locally, it is surprising to realize that her roots were not grounded here. She was actually born in New Hampshire where her mother homeschooled her. “The only time I went to public school there was in preschool. Since we were moving around, my mom started homeschooling me for a few years. We lived not far from Boston and it wasn’t too far from New York either. We could go to a lot of museums after my lessons for the day.”

After her father retired from air traffic controlling in the Northeast, they relocated to Danville. “We moved here in 2009 right after the ice storm; I was in the third grade at the time.”

Fitzwater cannot recall exactly when her desire to get involved began, but today she becomes active in any organization for which she feels a strong tie. “Whether it’s a public forum or just an extracurricular activity, I’ve always tried to take part in activities that I really believe in and feel are not only important to me but to my peers as well.”

Beyond club involvement, Fitzwater actively pursues ventures that will prepare her for the future. This past summer she participated in an aviation camp, an engineering camp at the University of Alabama in Huntsville, and the Kentucky Governor’s Scholars Program.

Fitzwater also loves being active in her community by doing all she can to impact others. “I have always been on this pursuit of self-discovery. I just want to be able to learn more about myself because if I can improve to become a better person, then I can be better suited to help others.”

She also has a very strong passion for making people happy and positively impacting people’s lives. One example of her effort to do so has been through her four-year service as a student council member, this year holding the office of secretary.

Vanita Fitzwater is also an amazingly talented artist as depicted from the sketch she created of a character from the video game Red Dead Redemption 2. Sketch by Vanita Fitzwater.

Obviously, staff members have taken notice, too, They have recently voted Fitzwater to represent this year’s Miss LeSabre, a very high honor based on qualities of outstanding leadership and character, high academic achievement, and community involvement. She was also recognized as the senior girl Most Likely To Succeed which is voted on by her peers as a senior superlative.

Both teachers and administrators see Fitzwater’s outstanding personality on a day-to-day basis. Physics and engineering teacher Sam Staggs shares, “Vanita is a very caring, thoughtful, diligent, and hardworking student.” Principal Mark Wade further compliments her. “She is an outstanding student, always has a heart for others, and is willing to go the extra mile for other people”.

After high school, Fitzwater will be attending Northeastern University in Boston. “I am going there to study Architecture in the College of Arts, Media and Design within the honors program.”

In a few short months, Fitzwater will finally be making her way across the graduation stage, but not before leaving her mark on the school. “I am not one who seeks approval from others, but I hope I am one of those people who inspires my peers in some way, even if it’s really miniscule. I just want to leave a mark that people will remember.”