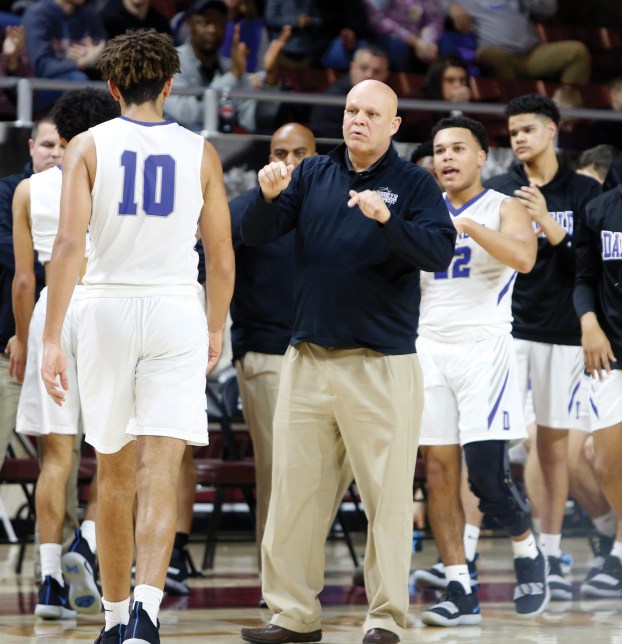 From the other side of the Danville gym, Judie Mason has developed an appreciation for Ed McKinney’s work.

This was indeed a slightly different Danville team, one built on defense and featuring a balanced scoring attack that was difficult to defend. The formula produced the best record in the 12th Region this season and one of the program’s best records ever.

McKinney has been named The Advocate-Messenger Area Coach of the Year after leading the Danville boys to a 29-6 season. They won 14 games more than in the previous season, and they reached the finals of the 12th Region Tournament before falling to Lincoln County.

“It helped that he didn’t have a superstar. He had a bunch of really good basketball players,” Mason said.

McKinney, who was named the 12th Region coach of the year by the Kentucky Association of Basketball Coaches last month, said they were good players who wanted nothing more than to win.

“Guys off the bench would have started for a lot of people. So they were all unselfish with their minutes,” he said.

That might have been illustrated best by a defense that ranked among the top 20 teams in the state in scoring defense at 52.3 points allowed per game.

“That shows you’ve got a collective will,” McKinney said. “When you defend, it’s usually a team effort. That shows you’re unified. They’ve bought in, and they realize their efforts are going to get them somewhere.

“Guys like Darrian Bell would do everything it took. He probably was among the state leaders in charges taken.”

That same attitude came through on offense. At least half a dozen players scored at least 16 points in a game at least once this season, while leading scorers Dante Hayden and Zach Thornton averaged only 12.4 and 11.8 points, respectively. DeShaud St. Martin was the third-leading scorer at 10.7, and he got votes for the regional player of the year award.

“They were very unselfish,” McKinney said. “They just wanted to win. They didn’t care about individual stuff.”

The wins came early and often. Danville won its first eight games and 19 of its first 20 before a loss to Shelby Valley in the All “A” Classic quarterfinals. Perhaps more importantly, three of the Admirals’ first five victories were by eight points or less.

“We won a few tough games at home, and if those games had gone the other way, who knows, maybe a couple of losses turn into two more,” McKinney said. “Having some success early put a good taste in our mouths.”

The Admirals won their six 45th District games during the regular season by an average of 11 points but lost to Lincoln in the district tournament final. They defeated West Jessamine and Pulaski County by three points each in the regional tournament before losing to Lincoln once more.

That doesn’t always happen at Danville, which lost its first four games and six of its first nine in 2017-18 on its way to a 15-16 finish. McKinney often must wait for football players whose season extended into late November or early December to get up to speed.

However, Mason said he always handles that early-season handicap well, just as he handled this season well when the Admirals were better prepared to hit the ground running.

“He has such a great personality for our kids,” Mason said. “He’s laid back and lets them play. He does a really good job keeping those guys down to earth. That’s what he does so well.”

By MIKE MARSEE Contributing Writer From the other side of the Danville gym, Ed McKinney has developed an appreciation for... read more