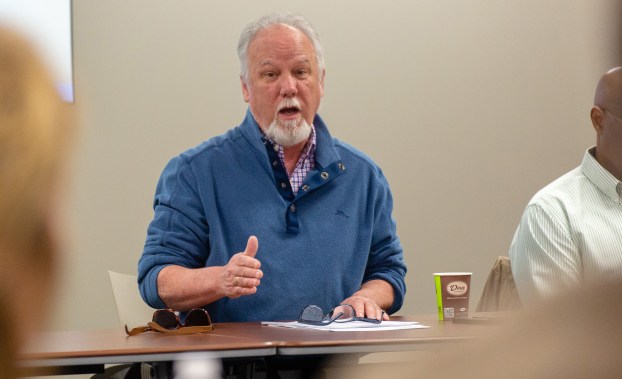 The economic development agency’s board heard from President Jody Lassiter this week that seven “excellent candidates” responded to a job posting for the specialist position. Develop Danville also received three responses to its requests for proposals for the three contract positions.

Lassiter asked the board for direction on whether to pursue hiring the part-time positions, the full-time specialist or both. He said he would prefer hiring the specialist because “we have a candidate we could potentially lose and by hiring that candidate I think that more than likely between the two of us, we’re going to probably soak up most of the part-time roles anyway.”

Develop Danville Treasurer Alan Turbyfill said the organization had allocated $30,000 for the rest of this fiscal year to hire the part-time positions. The full-time specialist position has an estimated cost of $40,000-$50,000 annually, and there’s only about three months left in the fiscal year. Turbyfill said he couldn’t answer whether Develop Danville has enough in the budget to hire all the positions without more specifics.

“It’s hard to say we’ve got room for it or we don’t without knowing what those numbers are,” he said.

Board members agreed with Lassiter’s recommendation and approved of delaying the part-time positions in favor of hiring the specialist.

Board Chair Ben Nelson said Develop Danville definitely needs to contact the three companies who made proposals to provide the part-time positions and explain that the positions are being put on hold.

“We owe a conversation to those candidates as to what we’re doing and why we’re not moving forward,” he said. “… That’s kind of awkward to me.”

Nelson said Develop Danville needs to make a hire or hires sooner than later so it can do more to bring economic development to Boyle County.

“Hello — this community has given us money to have staff and we need to get staff, because there’s a boatload of stuff to do,” he said. “I don’t care if it’s a fox in a box or a mouse in a house, the answer is I’m very keen on we need to fill our openings and get some help.”

The organization’s effort to expand staff date back to 2017, when it completed a strategic economic development plan, reorganized its structure and hired Hal Goode as its first ever vice president/chief operating officer.

Goode was hired with a salary of $75,000 plus benefits. But Goode left his position in May, after about eight months. He took a job as executive director for the Central Kentucky Community Action Council, a non-profit serving eight counties to the west of Boyle.

After Goode left, Nelson said he hated to see him go. But “he had a very attractive financial offer and it puts him back in the state retirement system. … We’ve had a candidate that I think we were all pleased with defect after eight months for a better package; that’s what happened.”

Develop Danville attempted to rehire the VP/COO position, but in August it announced the search had failed. In January, the board voted to ask for proposals for three part-time contract positions that would work about 10-15 hours a week in three specific areas of workforce development, marketing and community outreach. The board also voted to begin a new “aggressive search” for an economic development specialist — a position recommended in the strategic plan.

According to a job description, the specialist’s duties would include:

• maintaining and enhancing databases of available industrial and commercial sites;

• coordinating responses to requests for information from prospective businesses;

Develop Danville’s draft proposed budget for the next fiscal year includes funding for the specialist position and all three part-time positions, but that budget is dependent on increases in funding from Danville, Boyle County, the Boyle County Industrial Foundation and private “Chairman’s Circle” donors, none of which has been approved yet.