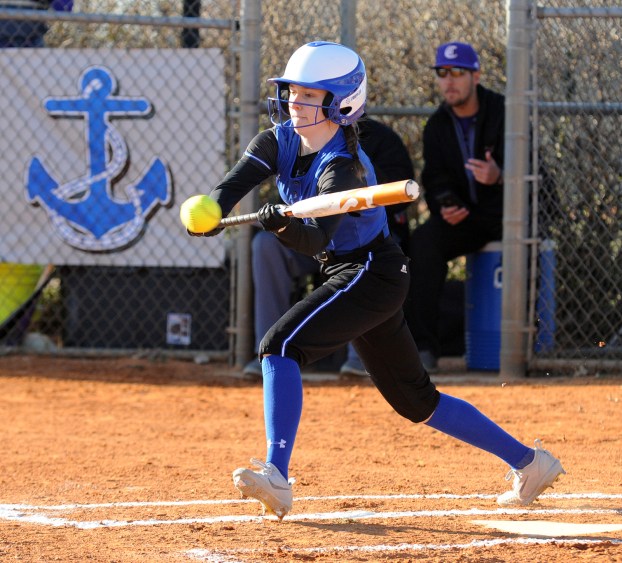 Danville softball had the bases loaded and the tying run to the plate in the seventh inning.

But the Admirals couldn’t dig themselves out of an eight-run deficit against Campbellsville, eventually falling 12-8.

Danville fell behind in the second inning, when the Tigers would plate eight runs across five hits.

The Admirals had a chance to get out of a bases-loaded jam with only one run across, but a dropped third strike extended the inning. Danville had another error at second base after five runs crossed.

With that said, the Admirals continued to get back into the game: Starting pitcher Peyton Young settled in and limited Campbellsville to six baserunners across the final five innings.

“We had a dropped third strike and an error at second on the force. But we need to hit the ball better,” Danville head coach Tim Breitenbach said. “We started to hit the ball, but we need to get out of the gate early and hit these pitchers. It’s frustrating, but we’re getting better, a little bit at a time.”

The Admirals plated their first run of the game in the fourth inning on a double from Young, scoring Rachel Matherly.

Young doubled again in the seventh inning, part of a five-run seventh for Danville. But the comeback wasn’t enough, and the rally ended with a hard-hit ball straight at the Campbellsville third baseman.

“We were putting the ball in play, but just like that last out, it was right at a defender,” Breitenbach said. “It is what it is, we’ll keep plugging along and get better.”

By JOE MATHIS Contributing Writer For the first two innings Danville got runners on base but couldn’t cash them in.... read more