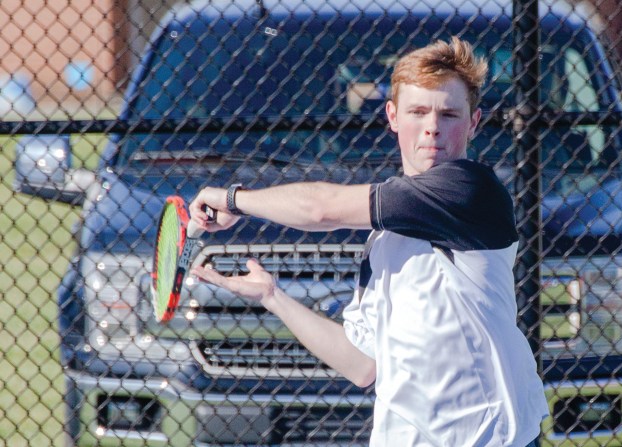 Boyle County took down Danville on the tennis courts on Wednesday.

The Rebels swept on the boys side, winning all five matches. Boyle girls won 3-2, while Danville’s Akers duo and Charlotte Resche remained undefeated.

On the girls side, Resche kept her undefeated record with an 8-5 victory over Boyle’s Maggie Cerqueira.

Molly Wise won 8-3 against Eleanor Grubbs in the other girls singles match.

In girls doubles, Jenna and Lara Akers won 9-7 over Lainey Robbins and Whitney Bean. That would be the only doubles victory for the Admirals, as Sammy Cusato and Brianna Ely beat Keeley McKnight and Claire Strysick, 8-5. Edie Clark and Addison Fowler rounded out Boyle’s victory with an 8-0 win over Madison Terrell and Hope Helmers.

Boyle girls are back in action Thursday against Rockcastle County while Danville will visit West Jessamine.

Danville softball had the bases loaded and the tying run to the plate in the seventh inning. But the Admirals... read more