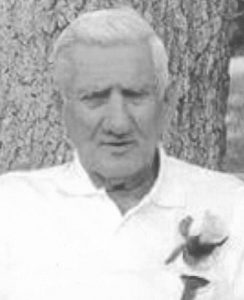 Herbert Lee Phillips, 85, of Alum Springs died Friday, March 29, 2019. He was born April 29, 1933, son of the late Harry James and Lula Etta Wilson Phillips. He attended Junction City Schools. He was a crane and heavy equipment operator through Operating Engineers Local 181 Union for 60 years. Herbert was kind hearted and gladly did anything for anyone include volunteering at the American Legion Bingo games where he made everything fun and was lovingly called “Grandpa” by the participants. He loved to play chess and cards, to golf and watched old westerns with his children and grandchildren and especially enjoyed family dinners and celebrations. He camped with his family and at Christmas he would dress up as Santa Claus and make surprise visits to children. He was predeceased by an infant daughter, Janine Phillips.

Memorials are suggested to the Kosair Children’s Hospital. The online guestbook is available at www.stithcares.com.