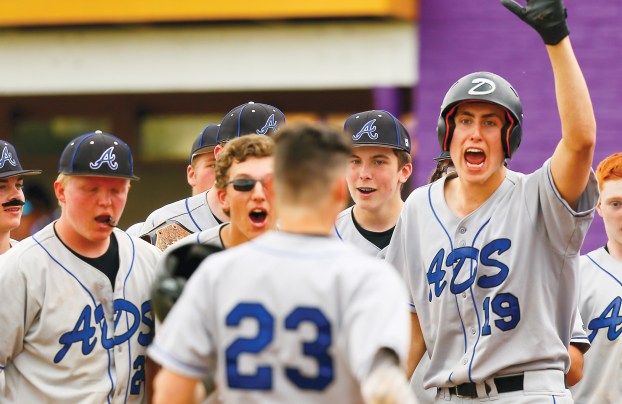 Danville beat Somerset 5-1 in the first contest: Brady Morse started on the mound, giving up six hits across four innings while striking out five. He didn’t allow a run.

Ethan Wood finished the game, tossing three innings. He gave up three hits, three walks and one run while striking out seven.

At the plate, a home run from Preston Barnes was the longest of five total hits for the Admirals. Christian Howe was 2-for-3 with a pair of RBIs, and Morse added another RBI.

Howe again had a 2-for-3 performance with two RBIs, all while earning the start (and win) on the mound. He pitched four innings, giving up one run on four hits while striking out seven.

Danville’s schedule doesn’t ease up: The Admirals will play Boyle County on Tuesday (away) and Wednesday (home), then host Southwestern on Friday.

An away game at Henry Clay on Saturday could get rescheduled or dropped, as the Admirals will have to play 11th Region All-A champion Lexington Christian Academy in the All-A semi-state rounds.

Jared Stivers has been a record-setter at Boyle County. He made another mark for the Rebels this week, announcing that... read more