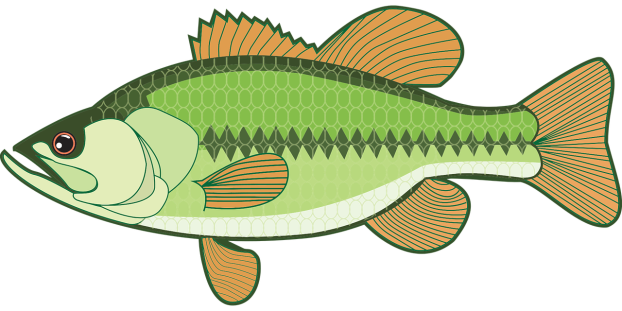 And one of those teams came home Friday evening with $15,000 in scholarship money after winning second place in the statewide third annual Lieutenant Governor’s Entrepreneurship Challenge — an intricate business pitch competition open to all Kentucky high-school students.

The scholarships can be used at any Kentucky post-secondary institutions, including colleges and trade schools. Kentucky business professionals served as judges and evaluated each team’s business plan, marketing video, oral presentation and trade show display.

Bass and Go is a bass fishing tournament business concept consisting of seven separate tournaments for high school students. What makes their business idea unique and appealing to high-schoolers is that each tournament awards scholarship money to the first-, second- and third-place finishers, McQuerry said.

The scholarships would be supported by registration fees and corporate sponsorships. In theory, it would be possible for a high school competitor to place first in all seven tournaments and receive $1,500 each time in one season, according to their business plan, McQuerry said.

Wesley said she’s on the BCHS bass fishing team. “In the last five or 10 years, it’s exploding. It’s the fastest growing sport in high school and college,” she said.

Wesley said she and other team bass fishers would love more opportunities to earn scholarship money while enjoying their sport.

McQuerry said Bass and Go was the second team to pitch their idea to a panel of judges on Friday. Before that, the three partners set up a trade booth and talked to judges and other people who were interested in their business idea.

“I must have done something right,” McQuerry said, because during the awards presentation he also received a check for $1,000 from a UNK representative.

Coach David Christopher said he thinks McQuerry was given the award for being energetic about their business and “was in-tune all day.”

While driving back from the competition, Coach Christopher said his day was filled with highs and lows because he’s advisor to two teams from Boyle County that competed — Bass and Go and Madison & Madison Cattle Co.

The high was when Bass and Go won second place. The low was when Madison & Madison Cattle Co. didn’t  place in the top four in order to win scholarship money.

“It was really razor thin margins for errors,” Christopher said. “There’s nothing to be ashamed of.”

There was only a 0.2-point difference between first and second place, he said.

“They were all just really, really good,” Coach Christopher said.

Madison & Madison is a cow-to-calf operation. And they know the business plan is viable because it’s already a functioning business. “We’ve already sold the calves,” Warren said.

Warren said she purchased 13 cows with her own money and had them bred with a bull.

“They are 100 percent naturally bred and grass fed,” Cornelius said. When the calves reach 6 months old, they are sold for prices based on local stockyard prices. On average the young women make about $700 per calf, they said.

Cornelius said they came up with their cattle company idea for a project in their entrepreneurship class. Since it was successful, “We didn’t see why not go a step further and compete.”

Both teams originated in Christopher’s entrepreneurship classes at BCHS last school year and this past fall semester.

These five students wanted to take their ideas to a higher level and compete for scholarship money so they evolved their ideas “and tweaked them to make it work for the competition,” Christopher said.

In late March, three regional competitions were held and the two BCHS teams placed first and second in their region. “That was pretty phenomenal. There were 18 teams in the region. That’s crazy,” Christopher said. “We were in shock. And we’re very, very proud.”

“This year’s competitors had wonderful ideas, a few of which the judges expressed interest in investing. It was difficult to select only 10 for the finals,” Lt. Governor Jenean Hampton said in a news release.

Wesley will be fishing on Campbellsville University Bass Fishing team next school year and plans on majoring in business and marketing in the fishing industry.

Clay Christopher, who’s also on the BCHS bass fishing team, said he’s not sure what career he’ll pursue, but he wants to stick with their business model and compete again next year.

“We can tweak it to make it 10 times better,” McQuerry said.

As for his own aspirations, “They’re all over the board,” McQuerry said.

But he’s still probably not going to start fishing. “That would be fishy,” he said.

Prosecutor: We’ve done ‘as much as possible’ on key recommendations of jail study

Commonwealth’s Attorney Richie Bottoms says he believes local criminal justice officials have done what they can to address the recommendations... read more