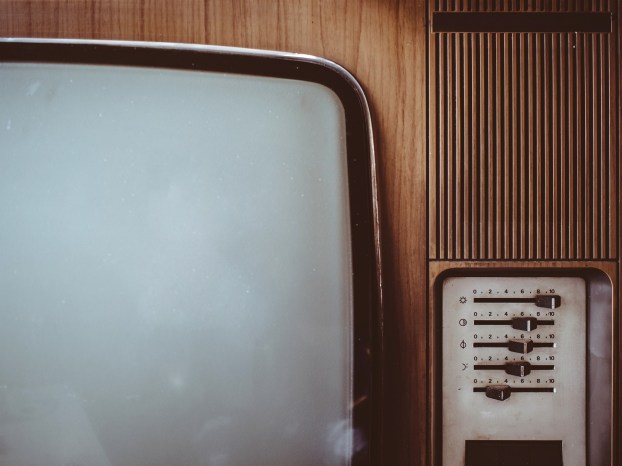 The importance of community involvement and that citizens should be wary of corporate America was what Ralph Nader stressed when he spoke to his audience at Centre College on April 22, 1992. On A1 in the next day’s Advocate-Messenger, the story said his talk lasted two hours and was followed by an hour and a half question and answer session.

Nader was, and is, known as a political activist who was involved in consumer protection, environmentalism and government reform causes.

During his lecture, Nader urged Centre students to turn off their televisions and give more of themselves to the community. “When you’re 65, 70 or 75 … when you look back, what are you going to say to your children and grandchildren when they ask, ‘What have you done?,” Nader asked.

He added that it shouldn’t be a problem finding time to volunteer because the average person watches 25 hours of TV a week. “That’s a lot of time for potential civic activity,” he said.

Twenty seven years later, the average adult watches more than 35 hours of television a week, but even more time is spent interacting on social media sites according to marketwatch.com.

Nader said power in America is being concentrated in the hands of powerful corporations, and it was up to each citizen to reclaim what belonged to them.

He suggested that a national citizen access channel be made available through the Federal Communications Commission because the airwaves belong to the taxpayers not the TV stations.

Nader also said people could get together and  exchange volunteer hours. For example, Nader said an older person could put hours into a volunteer bank by tutoring a student. Later, that person could collect on those hours by having another volunteer drive them to where they needed to go, like to a doctor’s appointment.

Nader also said that too much emphasis had been put on corporations which was detrimental to society.

“These values are counterproductive to a proper and just society,” Nader said. Growing up corporate meant that people were believing whatever big business said and wanted them to believe.

Nader also made stinging remarks about Kentucky Sen. Mitch McConnell and for the administrations of Ronald Regan and George Bush. He said that all three men worried more about the interests of corporations than about the American citizens.

Nader said he supported the use of solar power and accused corporations of protecting their business interests by investing in coal and oil research.

“The Gulf War would not have been fought if Kuwait’s main product were broccoli,” Nader said.

The real problem, Nader said, is that Americans were believing everything told to them, instead of questioning what was being done and if it was in the best interest of the people.

Boyle County Schools employees will get a 2-percent raise next school year. The school board voted this week to approve... read more