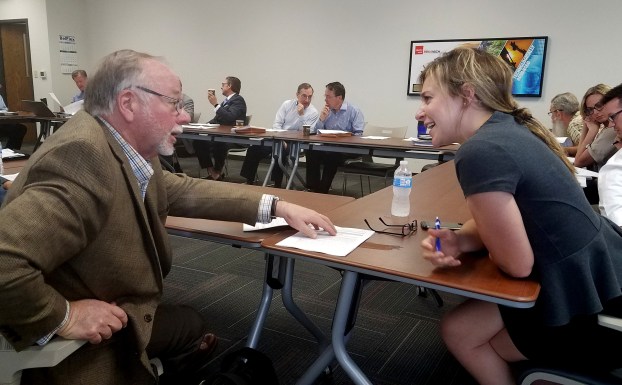 Danville might need a master plan for development of its downtown area in order to attract an investor for its federally designated “opportunity zone.”

Economic development leaders say it’s not lost on them that the Danville-Boyle County community could have “consultant fatigue,” as put by Convention and Visitors Bureau Executive Director Jennifer Kirchner. But they also say access to millions of private investment dollars through the federal opportunity zone program is a chance too good to pass up.

“The thought of another plan and asking for money to pay for a plan” may not sound very appealing, Kirchner acknowledged during last week’s meeting of the Danville-Boyle County Economic Development Partnership. “But this is one of those things where I think a stitch in time saves nine. If you work with some money now, the dividends … would be reaped for a long time to come. I know that’s a little difficult to sell, but it truly is a different opportunity we have.”

Danville’s opportunity zone is one of 8,700 such zones designated across the U.S., covering approximately 12 percent of all U.S. census tracts. The zones were made possible through a provision of the Tax Cuts and Jobs Act of 2017. The opportunity zone aims to spur on economic development projects by enticing people with lots of money to invest it in areas considered in need of an economic boost. The program “offers significant federal tax breaks and deferrals to entities and individuals investing in opportunity funds, which support development projects” inside the designated zones, according to a news release from the governor’s office.

Jody Lassiter, president and CEO of the EDP, said last week that there is a specific economic development project — codenamed “Project DC” — that is interested in the downtown Danville opportunity zone.

But the potential investor or investment group “has specifically conditioned any investment on a physical downtown master plan that is inclusive of approximately four blocks of Main Street east-west and possibly three to four (blocks) north-south,” Lassiter said, explaining that Project DC wants “some comfort relative to future drivers.”

Marty Gibson, a co-chair of the EDP’s Marketing Committee, said such a plan won’t be cheap, but Project DC has said it would partially underwrite the cost of the plan. Before moving forward, the Marketing Committee is attempting to gauge the interest of downtown property owners in developing a master plan, because the more people who can be brought to the table, the more successful such a plan could be, Gibson said.

EDP Chair Ben Nelson said his first reaction to the idea was “so you’re saying I’ve got to have another plan?”

The EDP already has a long-term strategic plan, which it is in its second year of implementing.

But Nelson said talking about what such a downtown master plan would accomplish led him to a “game-changing moment.”

“Wow, we need to get more aligned around what our downtown mix ought to look like,” he said. “… We need X amount of retail slots, X amount of places to get food and drink, X amount open past 6 p.m. — that’s what I’m talking about: a fundamental conversation about what is the mix?”

Nelson said he doesn’t know if local leaders would need to hire a “$4 billion consulting firm” or if the community could produce a plan itself, but a plan is needed in order for Project DC to move forward.

“That’s what those investors said they’re looking for is if this community has the inspiration to create a vibrant downtown, and then they’re on-board.”

Danville Mayor Mike Perros said the city is “trying to get an assessment of what would that cost realistically and can we plug that number in?”

Danville City Manager Ron Scott said Project DC said they might fund a part of the costs, but “what I heard clearly is they want a professional plan, not just our ideas.”

Nelson said Project DC has already suggested specific firms that could be used to develop the plan.

“This is an exciting time. I think there’s a lot of opportunity,” Kirchner said. “Of all the times to use the partnership to grow in the same direction, now is the time. Because we have a lot of ingredients coming together that could really make a difference.”

Boyle County magistrates got the opportunity Tuesday to tell officials with the state Transportation Cabinet anything on their mind about... read more