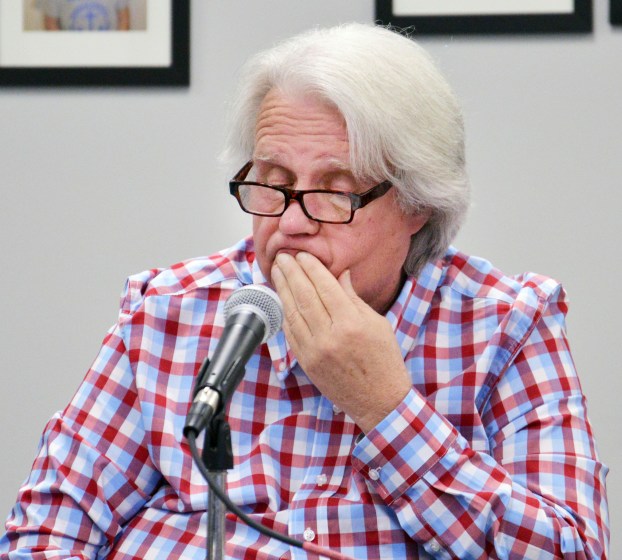 The Danville Board of Education is continuing its debate concerning which of two school-based health clinic proposals to choose, despite a recommendation from the schools’ superintendent. A final decision could be made during the board’s next meeting on May 14.

McDonald said both proposals needed “a little bit deeper look.” She went through both proposals for on-site school health clinics, researched data that was presented in the proposals, and talked with other superintendents with school-based health clinics before making her recommendation.

During a 30-minute presentation on her findings, McDonald said the goals for the school health clinics are to be located on-site; increase instructional time and decrease time out of class; increase teacher attendance; and focus on school health issues and education.

McDonald showed the differences between the two proposals where Healthy Kids Clinic met eight out of eight indicators, whereas Danville Pediatrics met four out of eight.

She also said both proposals saved the cost of four employees in the first year and met all state and federal guidelines. A difference is that it’s possible to save money in following years if HKC shows a profit from insurance claims.

“As superintendent, my role is to advise the board, and in digging deeply with this … and thinking about the fact that one of the key pieces and one of our primary goals to wrap around services is for a school-based health clinic on-site, I would recommend (HKC) because the majority of the services are on-site in our schools on a daily basis and considering cost savings in the future with nurses as well.”

In addition, McDonald said she was asked to inform the board that Burgin Independent Schools are in discussions with Cumberland to provide onsite health care at its school, too. However, because of its small size, HKC could only provide services there if Danville contracted with it, too, so that it could “combine the numbers,” McDonald said.

For example, McDonald said one licensed clinical social worker would be provided by HKC for the two school districts. But if the caseload became too much, Danville and Burgin would split the cost of a second social worker.

“That is not a reason to make a decision in favor of (HKC). But their superintendent asked to share that information.” McDonald said she knew about the situation from the beginning and that Burgin was being updated on Danville’s decision process.

McDonald said both Cumberland Family Medical and Danville Pediatrics are local businesses and are invested in the community. Cumberland operates Women’s Care of the Commonwealth on South Third Street and provides two scholarships to Danville High School seniors every year. Danville Pediatrics is on South Fourth Street and provides a physician to every home football game, she said.

Board Member Lori Finke said she has been “bombarded” by parents who are “nervous about this anyway you go,” concerning who will see their children in the clinics. “Everybody is so protective,” Finke said.

A mother told her that her child wasn’t a patient at Danville Pediatrics, but that she “knows them” and that they do a good job. “I say we have a local group willing to do this. … We should try local first. And if two years down the road things change, then there’s another great operation on the table,” Fink said.

Board member Paul Smiley said he was leaning toward HKC because its success has been proven in 13 other school districts. He added, however, “This is a tough one.”

Other major issues board members voiced concern about with the local pediatricians’ proposal were missing or weak components of not having dental care on-site nor having teachers and students’ non-school-age siblings treated at the school clinics.

McDonald said in Dr. Josh Wiglesworth’s initial proposal, he said Ephraim McDowell Health may provide teacher services at the school in addition to providing mental health services. But, she hasn’t heard any specific information from EMH of what could be offered in the schools.

“Dental is a big deal,” Becker said, adding that maybe the school district could continue providing on-site dental services through the University of Kentucky like it has in past years if the board decided to work with Danville Pediatrics.

“I feel like all these kids are my kids and I want to make sure that all my kids are going to have that service provided. It’s not going to be a hit or miss thing. I hope we can figure out a way because it’s important,” Becker said.

He also said teachers should be able to be checked for minor illnesses at school. Having a teacher checked for strep and allergies could allow them to stay at school and teach without having to be out for a couple of days waiting to see a doctor, causing the district to hire a sub.

At the end of the discussion, board members agreed they wanted to learn more about how teacher care could be incorporated into the on-site clinics and how dental services could be brought into the schools.

“Essentially we were given a few weeks to create an encompassing health plan. I would say that this is pretty amazing and I think it shows the fact that if you’re going to sit down at the table with us, we’re going to make it work. We can make it work because we’re right over there,” Wiglesworth said. “And so, if you don’t like the color of the socks I wear at the clinic, I can switch them. We will make the system work. We’ve proven that in this community.”

Representatives for both entities proposing health clinics are asked to attend the May 14 meeting so that board members can ask questions before making a decision at that time.

This story has been updated to reflect the correct spelling of Superintendent Tammy McDonald’s last name.