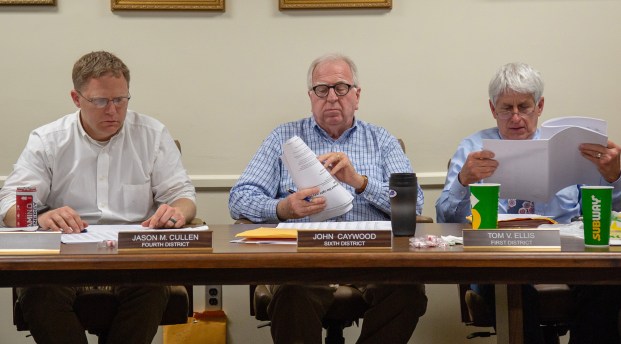 Boyle County is planning for a jail debt payment of about $243,000 next fiscal year, in anticipation of possible future costs to renovate or build a new jail.

The Boyle-Mercer Joint Jail Committee had removed lines for debt payment from the budget it recommended to the Boyle and Mercer fiscal courts. This was the last year the counties had to make a debt payment on the existing jail. But Boyle County magistrates voted Tuesday to put their portion of the previous debt payment back in the jail budget.

The counties are currently investigating what to do about their overcrowded and aging jail facility. Renovating and rebuilding are both options — and both come with estimated price tags exceeding $30 million.

Boyle magistrates said Tuesday they want the likelihood of a new debt service payment reflected in the budget now, and they questioned pressure from Mercer representatives on the Joint Jail Committee to remove the debt service lines from the proposed budget.

Boyle County Treasurer Mary Conley said Mercer County is saving up its own reserves for significant future jail costs, and she can understand why they’re against putting it in the joint budget.

“It’s because if I were a businessman, I wouldn’t want to give Boyle County my money, and then we go through this whole process” and the counties decide to part ways, she said. “… Once this money goes into a restricted fund, there’s some question about whether they can get it back.” 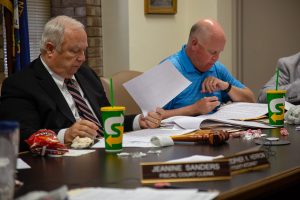 The continued partnership of Boyle and Mercer counties in funding the Boyle County Detention Center is not a certainty, and it’s not only Mercer officials that might be unhappy with the current arrangement. Boyle County Magistrate Tom Ellis made a motion Tuesday to have Boyle County Attorney Chris Herron “look into” the existing interlocal agreement with Mercer — an agreement the two counties just finished revamping last year in a lengthy and at times contentious process.

Ellis said Boyle County is liable for the jail in ways that Mercer isn’t and that fact doesn’t get enough consideration in how the two counties work together.

“We have final say — our jailer, Brian Wofford, has final say on issues,” Ellis said. “But there are too often challenges being made as if that’s a shared decision. So there’s several things that need to be examined and perhaps brought back to the magistrates and judge for consideration as we’re moving forward.”

The Boyle County Fiscal Court also approved Tuesday publishing a request for qualifications, seeking design and engineering companies that could lead the county or counties through the process of a renovation or construction of a new jail.

Magistrate Phil Sammons clarified with Conley that the RFQ does not mean Boyle is moving forward with construction of a new jail, and that sending out the RFQ does not commit the county to spending any money at this point.

Later on during a jail budget workshop, Sammons wondered aloud what Mercer’s expectations are for the future of the jail.

Conley said she believes Mercer officials would like to continue being a partner, but they’re “moving through a process” and educating magistrates about the situation.

“I don’t think they really know” what they want to do, Boyle County Judge-Executive Howard Hunt said.

A medium-density townhouse project on Old Shakertown Road can move forward after gaining approval from the Danville-Boyle County Planning and... read more