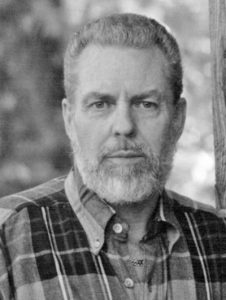 Calvin Cecil Hutchinson, 78, died Sunday, April 21, 2019. He was born in Lincoln County on January 29, 1941 to the late Paul Russell and Opal Tankersley Hutchinson. Cecil was a graduate of Danville High School. He was a faithful member of Lexington Avenue Baptist Church. Cecil married his beloved wife, Jolene, 57 years ago on July 7, 1961. He was owner and operator of Gold’n Guns Pawn Shop and Hutchinson’s Body Shop for 20 years. Cecil restored two antique cars, a 29 A Model Roadster and a 35 Chevy Sedan. He was a certified scuba diver and a licensed pilot. Cecil owned two different planes. He was a black powder enthusiast and built two black powder guns. Cecil was a storyteller and a man of his word. He was a proud husband, father and paw.

In addition to his parents, he was predeceased by his daughter, Anne Calvin Hutchinson Haake; and a grandson, Paxston Scott Haake.

Memorial donations are suggested to Heritage Hospice or Lexington Avenue Baptist Capital Campaign Fund or charity of choice. The online guestbook is available at www.stithcares.com.