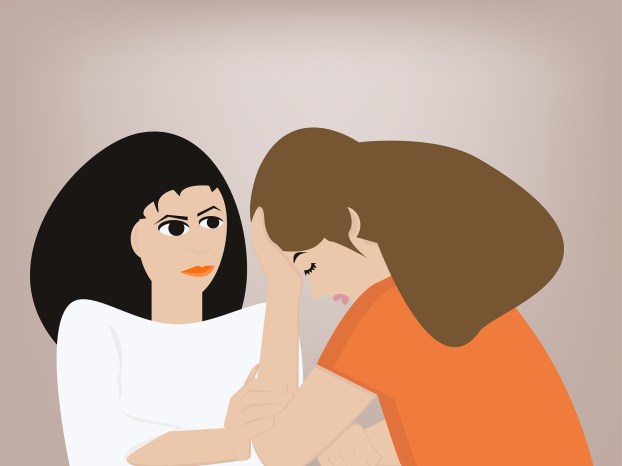 School shootings and bus accidents, fires, explosions, tornadoes and workplace fatalities are sudden traumatic events that can leave emotional scars on those who lived through them, as well as the first responders who helped at the scene.

The KCCRB ensures an organized, rapid and effective response in the aftermath of a crisis or natural disaster, Arnold said, by maintaining a statewide network of trained professional volunteer responders that can be deployed at a moment’s notice.

“Ignoring the emotional impact is costly,” Arnold said. “Stress and its related disorders will potentially cost organizations over $150 billion due to absenteeism, disability and low productivity over the next 20 years, Arnold told the group.

The most prevalent warning signs of distress following a traumatic event by individuals include sudden changes in behavior, erratic work habits, increased sick time use, inability to maintain a train of thought, excessive worrying, excessive accidents and or injuries, excessive use of drugs or alcohol, fatigue, peer complaints and excessive complaints, Arnold said.

“Do you want this man or woman responding to an emergency? Do you want them in the cruiser with a gun if they’re experiencing these things?” she asked. “No, I don’t. I love these people. … I want them to show up if my house is on fire, but not if they’re impacted” by a previous traumatic event, she said.

KCCRB was asked to respond to the shooting at Marshall County High School on Jan. 23, 2018, and stayed until mid March, Arnold said. Volunteers immediately went to the area and provided counseling services to students and staff who witnessed the event.

Soon afterward, other groups requested KCCRB services, including the Marshall County superintendent’s office that wanted counseling for their maintenance crew who knew the victims and cleaned up the crime scene, Arnold said.

The staff of the county attorney’s and the commonwealth’s attorney’s offices, who had to watch the shooting unfold on video, were also in need of counseling.

KCCRB also provided services to the 911 dispatchers who were on the phones relaying information to first responders. One of the dispatchers even had a student at the high school and she didn’t know if her child had been shot or not, Arnold said.

“Everyone involved in a natural disaster or critical incident are affected in some way. This includes the immediate victims, their families and friends, emergency response workers and the public at large,” Arnold explained.

“These are social issues you have to deal with within your community,” Arnold said. “Think about them coming to work with these issues. … It becomes a mental or physical health disorder and can prevent them from being able to return to work.”

In a small community several years ago, several thousand volunteers searched for a missing woman near a river for several days, Arnold said. “A group of volunteers from a business found her. … Those people were impacted. They’re not used to seeing something like that.”

“How do you put that away? It’s horrible to have to live with that,” Arnold said.

In the first two to four weeks following a traumatic event, like a sudden death of a high-school athlete on the field or a factory worker being killed by a forklift, individuals may experience increased drug or alcohol use, nightmares, withdrawal from activities, headaches and fatigue, nausea, irritability, depression, fear and bouts of domestic violence, Arnold said.

The goal of KCCRB is to lessen the impact of personal exposure to critical incidents, Arnold said. The organization supports short- and long-term functioning of the individual; facilitates resiliency; and provides intervention before stress reactions damage the person’s work or school performance, career, health and family.

All services provided by KCCRB are free for the asking, Arnold said. “We will provide support if we’re asked. You own it. You direct us.”

Arnold said KCCRB also provides “pre-incident” training for first responders. “We prepare them for the emotional impact of their job.” Resiliency training and peer support helps first responders be able to continue their careers if a traumatic event had caused them to consider quitting, Arnold said.

“Kentucky is the lead in the nation, probably the only state that actually has a state agency over a peer support team. That’s what makes us a model support team and provide disaster behavioral health because we exist. Our team exists all the time. Other states have to train and organize response teams after a disaster happens,” Arnold explained.

“We already have a team that can respond immediately when bad things happen.”

On this day 44 years ago, the front page of The Advocate-Messenger announced progress of legislation that would soon become... read more