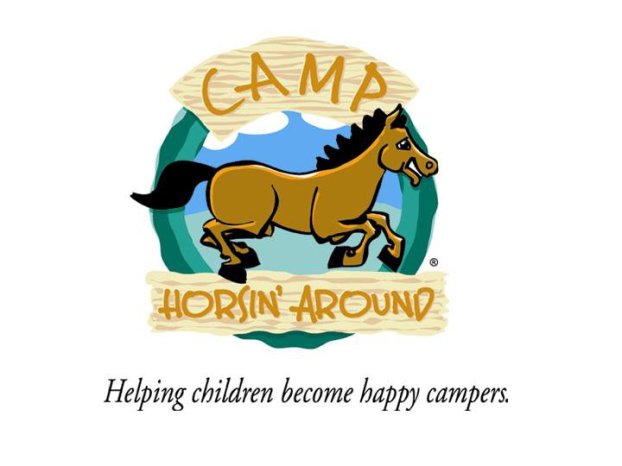 A Harrodsburg resident and a Mercer County family are among eight area honorees being recognized as local heroes by Camp Horsin’ Around during its 2019 Amazing 8 awards program on May 1.

The ninth annual Amazing 8 recognizes individuals and organizations “which represent some of the finest and most caring citizens who have dedicated their time, talent and treasure to make our community a better place,” according to a news release from Camp Horsin’ Around.

Crimson Raie Claycomb, of Harrodsburg, was nominated by Julie McAllister, director of the camp.

Claycomb has a special needs daughter named Kendyl and was instrumental in raising $350,000 to build the Kendyl and Friends Playground at Anderson Dean Community Park. It’s a fully inclusive and accessible playground for children with physical disabilities. From that, Claycomb founded Kendyl and Friends Foundation, “to meet the needs of the hundreds of thousands of special needs/disabled children and adults in our community and surrounding area,” Claycomb wrote.

She wrote that the foundation has raised more than $1.3 million and built five fully inclusive playgrounds in Kentucky.

Claycomb and her husband, with the help of a few state politicians are trying to get “Kendyl’s Bill” written and passed to require all new playgrounds be equipped with at least one wheelchair swing “so that all children of all ages and abilities are able to play,” Claycomb wrote.

Chuck and Helen Dedman, along with their son Dixon and his wife Elizabeth Dedman, own and run Beaumont Inn in Harrodsburg and are being honored because of their interest and involvement with Harrodsburg and Kentucky.

According to their nomination, submitted by Genie Whayne, Chuck Dedman has served on the boards of Mercer Chamber of Commerce, Kentucky Tourism Council, chairperson of the Fort Harrod Drama Association and chairperson of the Mercer County Tourism Commission that “spearheaded the effort to allow alcohol by the drink to be served in qualified restaurants in Harrodsburg.”

Helen Dedman is vice chairperson of the Kentucky Heritage Council which “identifies, preserves and protects historic resources in Kentucky,” according to Whayne.

Dixon Dedman “resurrected the family’s distillery and produced the Kentucky Owl Straight Bourbon Whiskey, which has since been sold. He is now invested in Tennessee’s Eli Mason Cocktail Syrups.”

Whayne wrote in her nomination of the Dedmans, “As a former resident of Harrodsburg, I know what the Dedmans have meant to Harrodsburg. Their names and support are present in many community endeavors (the former Daniel Boone play at Fort Harrod Amphitheater, the current Ragged Edge Theatre,” and the Bourbon Trail, just to name a few.

• Di Boyer, of Versailles, is founder of the “Yes, Mamm” program for women who need a mammogram but don’t have insurance or money to cover the cost.

• Dean Hammond, of Lexington, has devoted his life to the service of the nation and his community. He is active in the Lexington Rotary Club and the Foundation for Affordable Housing.

• Dr. Joe Richardson, of Lexington, was medical director of St. Joseph Mobile Clinic when it was in operation. When he retires, he plans to buy the mobile clinic van and serve the indigent in poverty areas of Los Angeles. He was also the medical director of the Lexington Fire and Emergency Medical Services for 12 years.

• Diane and Rob Perez, of Nicholasville, are owners of DV8 Kitchen. The restaurant in a non-profit business in Lexington that “strives to help people recovering from substance abuse” by giving them a second chance with employment.

• Lou Anna Red Corn, of Lexington, is a prosecutor, “and has the safety of our community as her number one priority,” according to the nomination. She is an Osage Native American and regularly participates in the tribe’s activities. She was a founding board member of the Children’s Advocacy Center, and a board member of the Fayette County Unity of the American Cancer Society, and is treasurer of the Kentucky Commonwealth’s Attorney Association.

Short-term rental properties are all the rage these days, but while businesses like Airbnb can have tourism and tax benefits... read more