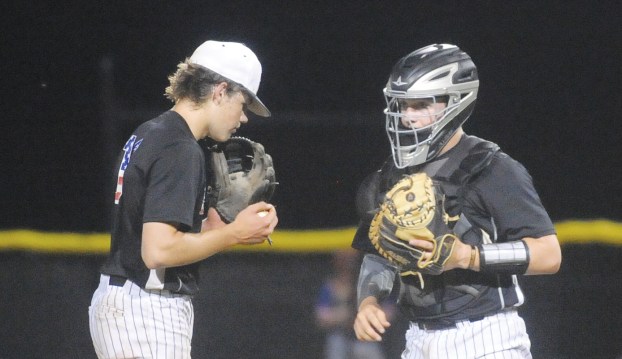 The Boyle County baseball duo have each committed to play Division-I baseball at Wright State: Baker announced his decision in December, while Hotchkiss announced last week.

“You want kids to choose the right fit for them individually, and I think they both did that, committing at different times,” Boyle head baseball coach Kyle Wynn said. “I think if they did it together, one might’ve been going because the other one was. I think they really decided what was best for them. That was a good sign to see, they both chose Wright State and chose there for the right reasons.”

Baker and Hotchkiss have each battled tough-luck injuries during their high-school careers, but that didn’t matter to Wright State. The Raiders were on the two Rebels from the jump after both players had a successful summer.

“Me and Drew, we’ve each gotten one full year of high school baseball,” Hotchkiss said. “He really only got his freshman year, we both haven’t really gotten to show what we can do. Next year, we’ll be healthy and we’ll be able to show people. But those four years at Wright State, I feel like we’ll really be able to show people what we got and that Wright State did get two steals.”

Baker agreed and said that the pair of juniors are still eager to get back out on the field next year with their teammates.

“These last two years kind of give you a different perspective in the world,” Baker said. “I guess I kind of took it for granted, I never thought I’d be the kid that would sit out basically half of my high school career. This upcoming year, I’m pushing myself as hard as I can go. We’re going to try and push in districts, regions, state. I know Grant is on the same page as me. Then of course after, senior year, being able to go up to Wright State and fight for a starting spot early.”

Wynn said that their recruitment — and Wright State’s persistence — shows that they each made a good choice.

“Both of them have tremendous talent and ability to be able to chose where they want to go,” he said. “Wright State is getting two quality players and families. I’ve gotten to know their coaching staff through the process. It shows what type of people they are to stick with them through the injuries they had, keep their offers and keep recruiting them. I think that, for me as a coach, you always want to see your players go somewhere that they’ll be taken care of, and I definitely feel that’s the way with Wright State.”

The players fell in love with Wright State for similar reasons: The campus is in Dayton, Ohio, about three hours away.

Hotchkiss said he liked that the coaches were willing to play him wherever he could have an impact.

“At first they recruited me as an outfielder, then they signed someone and started recruiting me as an infielder,” he said. “They basically said that ‘if you can play, we’ll play you, no matter where that’s at.’ I know they’ve talked to Drew about moving positions too. If there’s a spot that needs to be filled, someone can fill it. They’re not going to bring you in at center field and only play you at center field.”

Baker’s position at catcher is more solidified, but he said he was willing to make the switch. When he went on visits, he noticed that the coaches had a great relationship with the players.

“I’ve always dreamed of playing D-I baseball and at a nice mid-major like Wright State will be awesome,” Baker said. “I know I always wanted to go somewhere that I could have a bond with the teachers, not too big, not too small. It’s a nice school, just under three hour drive from home. I know with the baseball team, the coaches are great people and want to have a bond with the players. I could tell that the players loved the coaches, and they know how to win up there.”

Wright State certainly knows how to win: The Raiders have three of the past four Horizon League championships and haven’t had a losing season in the past five years.

“Their coaching staff knows how to progress players and make them the best players they can be,” Hotchkiss said. “They’re all laid back coaches but they get progress and they get wins.”

Baker and Hotchkiss are used to winning: They’ve helped the Rebels to two straight 12th Region championships as freshmen and sophomores. They might be on the sidelines this year with injury, but Wynn said they’re both still key parts in the team.

“They’re not just at every game, they are keeping a chart, a stopwatch, watching things. They help the team,” the coach said. “When I see guys coming off of the field, they’re acting like coaches, point things out that they see to the younger guys who are getting their feet wet. They’re helping the team more than they realize.”

Both are excited to get back on the field as seniors, but also excited about the next chapter they’ll share together.

“Not many times do two high school teammates get to go play D-I baseball together,” Hotchkiss said. “It helped a lot, it’s more like icing on the cake. It’s a great fit for both of us and I feel like we’ll have a great four, five years up there.”

“The whole process, the coaches were real patient with us,” Baker said. “Getting to play with Grant, he moved here in eighth grade and ever since he’s been one of my best friends. I know getting to play at the next level with him will be awesome. We’ve both had dreams of playing D-I and winding up at the same school is going to make it even better.”