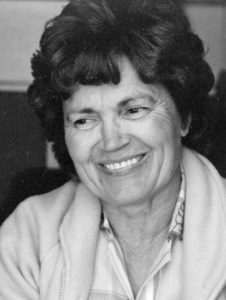 Reatha Sutton King, 87, of Danville, passed away May 1, 2019 at her home. She was born on April 9, 1932, in Lincoln County to the late J.L. and Ethel Hendricks Sutton. Reatha was preceded in death by her loving husband, Elwood S. King. Reatha loved animals, flowers, the out-of-doors, and Kentucky and American history. She loved riding around to see new places and watch the changing of the seasons. She was a determined woman, who had a good sense of humor. She and her husband had worked closely together for over fifty years, farming and operating a jointly-owned business, Danville Acoustics. They had also traveled together to coonhunts around the country. She had missed him greatly since his death in 2009.

Along with her husband and parents, she is preceded in death by a daughter, Vicki Lynn King; three brothers, George Sutton, J.D. Sutton and Glen Sutton, and a sister, Dorothy Sutton. Funeral services will be 2 p.m. Monday, May 6, 2019 at Preston Pruitt Spurlin Funeral Home with Bro. Stacey Wilson officiating. Burial in King Family. Cemetery. Visitation will be from 5-7 p.m. on Sunday, May 5, 2019 at Preston Pruitt Spurlin Funeral Home.

Memorial contributions can be made to Boyle County Humane Society. www.preston-pruitt.com