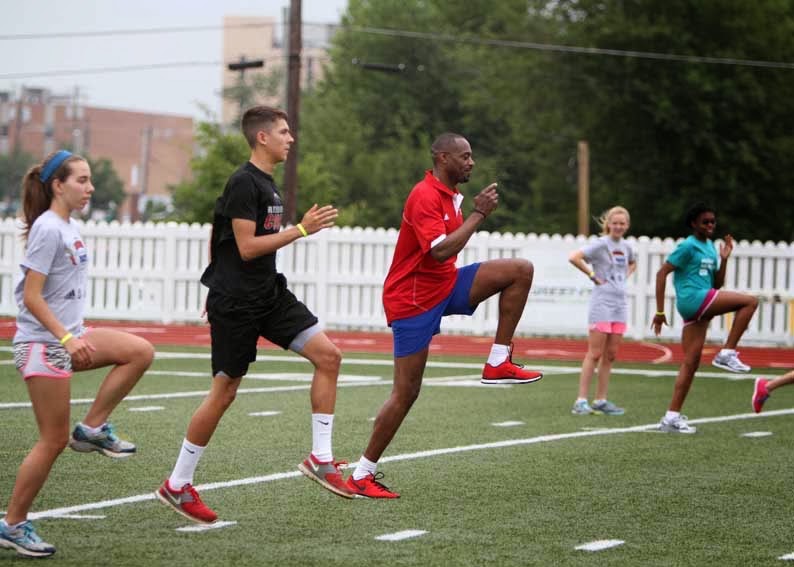 This will be the ninth year for the Maximum Velocity Track & Field Academy that brings a star-laden list of Olympians to Centre College to share their expertise with high-school and middle-school students not only from Kentucky but from numerous other states.

Centre College track and cross country coach Lisa Owens had a dream for an extraordinary camp and is the camp director, while Olympian and three-time Olympic track assistant manager Dr. Sharrieffa Barksdale is in charge of securing the talented clinicians. 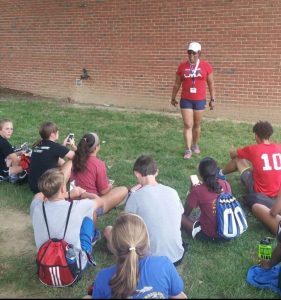 “Lisa had a vision for this,” said Barksdale. “Because of her vision, kids in Kentucky and other states have had a chance to learn from some terrific Olympians. Some of Lisa’s athletes at Centre College help out every year and also get a chance to learn and interact with the Olympians.”

Barksdale says the camp June 5-8 is unlike any other track and field camp in the United States.

“It’s an amazing camp. It’s hard to get Olympians to come anywhere but because of the respect they have for me and how great they are treated at Centre College, it’s easy to get them to come and we have the cream of the crop come here as clinicians,” Barksdale said.

She says Centre President John Roush has sent his grandsons to the camp and that Roush and his wife, Susie, often interact with the Olympians.

“You won’t see another college president doing that,” Barksdale said.

Barksdale says this year’s lineup of clinicians is “phenomenal” and continues to get better.

“We have kids who have attended camp four or five years and just keep coming back,” Barksdale said. “We (clinicians) do not leave campus. Each Olympian gets up and speaks and tells their story from their heart. They explain how they didn’t get to where they are overnight and make kids understand that. But they also explain how when you have a goal and dream, nothing is impossible. You might fail, but they explain how you have to go out there and continue to train and not let setbacks stop you.”

“I saw Mike Powell in San Francisco and asked him if he could commit to coming. He checked his schedule and luckily he was free. He will be flying in from Canada,” Barksdale said. “Kevin has been here almost every year. He drives up (from Atlanta) and just loves being here.”

Young won the gold medal in the 400-meter hurdles at the 1992 Olympics in 46.78 seconds. He also won the 1993 world championship. His 46.78 still remains not only as an Olympic record, but also a world record that has stood for 27 years.

“We have other clinicians that the kids just love, too, and gravitate to,” Barksdale said.

Barksdale does have one pet peeve about the camp — the lack of participation from the state’s high school track coaches.

“I am a straight shooter and (high school) coaches should be able to promote this camp around the state of Kentucky,” Barksdale said. “You will not find this many Olympians giving this type of instruction at any other camp. Some coaches apparently are just intimidated and afraid that their athletes might say they learned new things at Centre College.

“None of us know everything. A good coach will let someone else help each kid reach his or her goals. If you are really for the kid, you would want him or her at this camp. Track and cross country coaches should all be there to learn what they can, too.

“Because of Lisa’s vision and direction, kids that have been at the camp have had the opportunity to learn and then go out and compete for titles. It’s mind boggling to me that coaches don’t see it. We even offer scholarships to coaches and kids that just require a 200-word essay. Obviously I am biased, but I just cannot understand why anyone would not want to be part of this.”

Olympians scheduled to work as clinicians this year are: 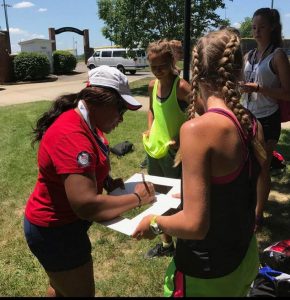 • Mike Powell (jumps) was a three-time Olympian, two-time Olympic silver medalist in the long jump and six-time U.S. outdoor champion. His mark of 29 feet, 4 1/4 inches in 1991 remains the world record.

For more information on the academy go to mvtfa.com/p/athletes.html.