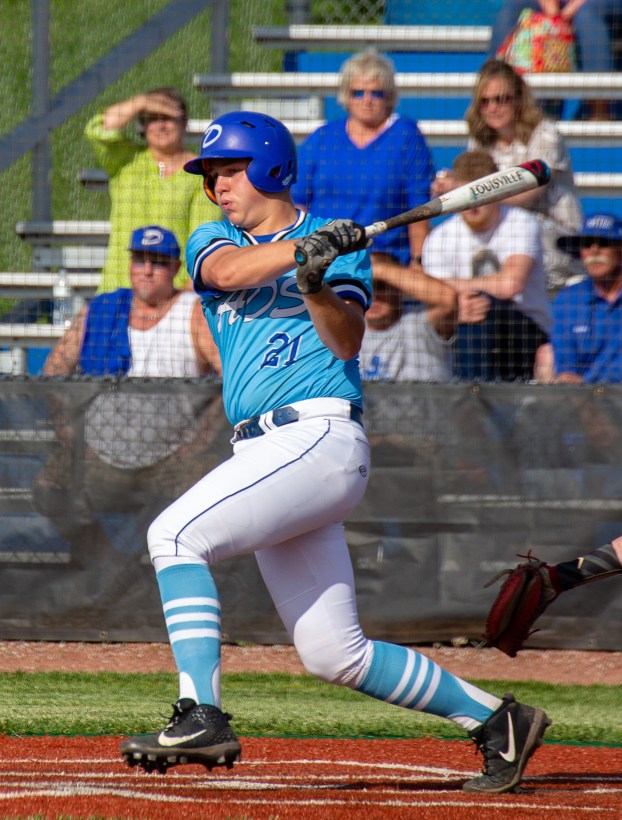 Cayden Shaver singles in the top of the first, driving home a run. Shaver would follow it up with a 3-run homer at his next at-bat later in the same inning. Photo by Ben Kleppinger. 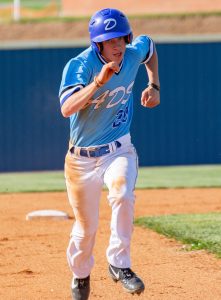 Sam Gibson attempts to steal third in the first inning; he was thrown out. Photo by Ben Kleppinger.

The Danville Admirals came out with bats blazing and run-ruled Burgin in three innings for their 28th win of the season Wednesday.

Danville scored 9 runs in the bottom of the first, 6 of them coming off of three home runs from H. Baxter, B. Young and C. Shaver.

Baxter hit another one over the wall in center field in the bottom of the second for the Admirals’ fourth home run of the game.

Danville was up 9-0 after two innings; two walks and four singles in the bottom of the third brought home three runners, ending the game at 15-0. The Admirals had 13 hits in the game.

Burgin had no hits; one runner reached first on a Danville error in the top of the third.

Danville plays next at Paul Laurence Dunbar High School at 5:30 p.m. on Friday.

Drew Baker and Grant Hotchkiss are hungry. The Boyle County baseball duo have each committed to play Division-I baseball at... read more