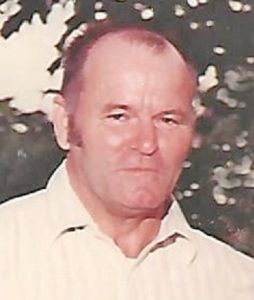 Born February 14, 1938, in Danville, he was the son of Joseph Michael and Mable King Cross. Billy was a retired bus driver for the Danville Independent School System.

He is survived by his grandchildren, Michelle Ayres, Shane West, Lee Hafley, Rebecca Hafley and Tim West; and his brothers and sisters, Danny, Donald, Kenneth, Douglas, Carolyn and Wanda; and many nieces and nephews.

The funeral service will be 1 p.m., Thursday, May 9, 2019 at Stith Funeral Home, Danville. Rev. Brad King will officiate. Burial will be in the Wilson-Fairview Cemetery.  Visitation will be from 11 a.m. until 1 p.m., Thursday, prior to the service.

Pallbearers will be Jerrad, Cameron, Brenden, Austen and Dawson Ayres and Lee Hafley.

Memorial donations are suggested to the Alzheimers Association. The online guestbook is available at www.stithcares.com.