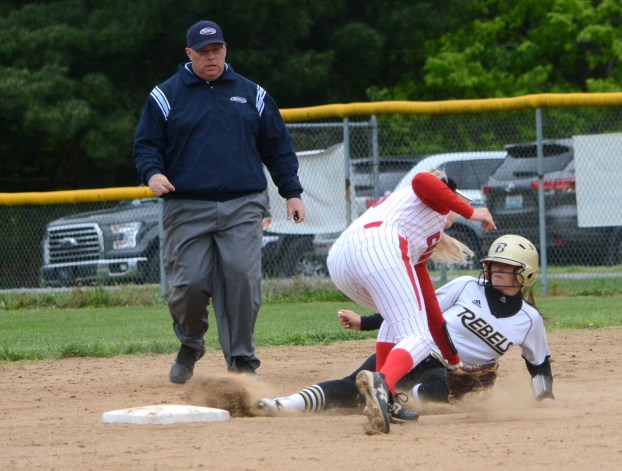 KG Chadwell had all the right stuff on Monday for the Boyle County Rebels softball team, allowing zero runs and besting George Rogers Clark by a score of 11-0 at Cardinal Heights in Winchester.

The Rebels secured the victory thanks to seven runs in the fifth inning. The Rebels’ big bats were led by Kelsea Hinkle, Hailey Cannon, Chadwell, Maddie Baker and Emily Glasscock, all knocking in runs in the inning.

Chadwell was the winning pitcher for Rebels. She allowed six hits and zero runs over seven innings, striking out 16 and walking zero.

The Rebels had nine hits in the game. Hinkle and Cannon each collected two hits to lead Rebels. The Rebels didn’t commit a single error in the field.