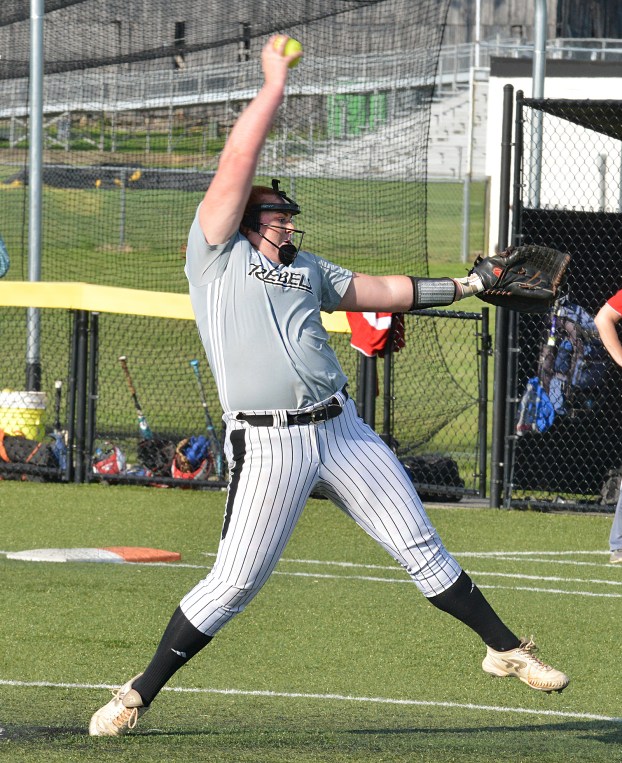 Katy-Grace Chadwell shut down Lafayette, throwing a complete game shutout and leading the Boyle County Rebels softball team to a 4-0 victory on Tuesday. 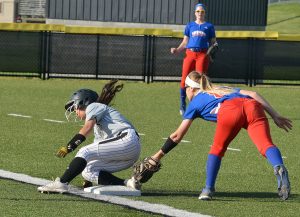 Izzy Gervacio makes it safely to third base. (Photo by Robin Hart)

The Rebels opened up scoring in the first inning, when Keely Bowling drove in a run on a ground-out. 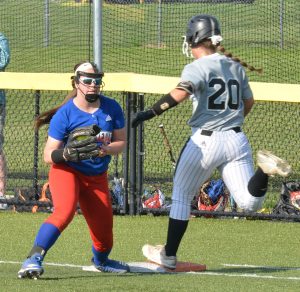 Keely Bowling (20) is thrown out at first. (Photo by Robin Hart)

Chadwell earned the win for Rebels. She surrendered zero runs on five hits over seven innings, striking out six and walking one.

Lucy Baseheart took the loss for Lafayette. She allowed seven hits and four runs over six innings, striking out four.

Neither team had an error in the game.

It came down to the last play, but the Boyle County Rebels baseball team was on the wrong end of a 7-6 defeat at Anderson County on Tuesday. The game was tied at 6 with Anderson County batting in the bottom of the eighth, when a single scored the winning run.

The Rebels collected eight hits and Anderson County had 11 in the high-scoring affair.

The Rebels notched three runs in the third inning off of an error on a ball put in play by Eli Glasscock and a double by Jack Briese.

Boyle was up 6-5 after six innings, but Anderson County evened things up at six in the bottom of the seventh inning.

Glasscock started on the hill for Boyle. He lasted one and one-third innings, allowing four hits and four runs. Colin Carver threw six innings out of the bullpen.

Ethan Carter had a homer for Boyle in the fifth inning. Carter and Glasscock each managed two hits to lead Boyle County.