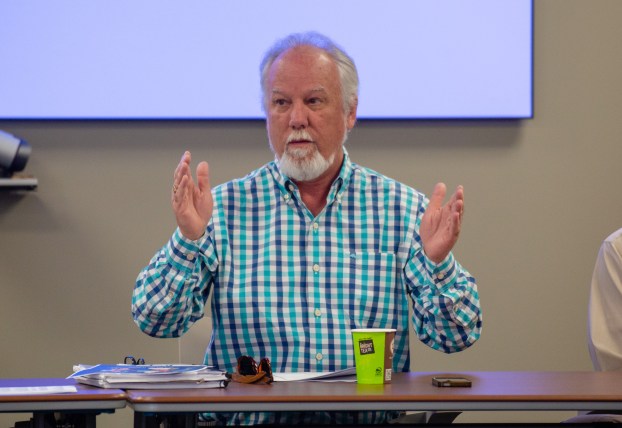 Delays in approving a new “memorandum of agreement” appear to be testing the bonds between some partners in the Danville-Boyle County Economic Development Partnership.

EDP Chair Ben Nelson gave a hard deadline Wednesday of two weeks for any partners to provide further suggested changes to the document.

The memorandum of agreement — MOA for short — was first presented for review by the partners in January. It would replace the prior MOA, which expired last year. The document is required by the EDP’s bylaws and serves as an outline for how the partnership works — it defines the partners’ “shared mutual understandings, responsibilities and agreements.”

When Nelson first presented the draft MOA in January, it was met with no criticism, only a compliment from Danville City Manager Ron Scott, who said it was clearer and more concise than the last MOA.

“We don’t want this thing to read like a contract … we should trust each other,” Nelson said in January. “… I think what we’re presenting to you is vastly different (than the last MOA). It is what are our shared beliefs that we are trying to operationalize. We think it’s an important act of signing it because sometimes we might lose our ways as to why we’re all in here together.

“If you have editorial comments, I’d like you to submit them to me and we will compile them and come back at you next month with any suggested changes, but we’re hopeful to get a document the board can support very soon.”

That plan seemed on-track a month later, when in February, Nelson said he didn’t receive any suggested edits but “did receive some love notes about how improved it was.” At that meeting, Scott made a motion to approve the MOA, which was seconded by Danville City Commissioner Denise Terry. The motion passed with no opposition and a signing ceremony was planned for the EDP’s March meeting.

That signing ceremony never happened. Nelson later said he had learned right before the March meeting that the Chamber of Commerce and Boyle County Fiscal Court had “concerns about the draft.”

Based on those concerns, a new MOA was drafted that added a pair of statements — one to clarify that the EDP is the “central clearinghouse” for all prospective business projects in Boyle County, and one that states the MOA “shall not be construed to restrict authority, impose or assume financial obligation, encumber resources, direct personnel or limit operations of any partner or its governing body.”

“The MOA that is before you attempts to resolve the concerns,” Nelson said in April. “… Currently, this partnership is operating without a memorandum of agreement and this was our attempt to make it more of a value-based statement of why we’re sitting around this table.”

On Wednesday, the long-delayed MOA came up on the agenda again.

“As you can imagine, at this point, I’m really eager to get this over the goal line,” Nelson said. “… If you have suggested edits, we need them in the next 14 days, and it is our intent to try to have the partners that are willing and able to sign it, sign it in concert at the next board meeting.

Nelson said Boyle County Attorney Chris Herron is in the process of reviewing the MOA for Boyle County; and he and EDP President Jody Lassiter will be talking to the Chamber of Commerce Board of Directors to walk them through the MOA and what it means.

Steve Knight, Junction City’s appointment to the EDP board, said he attended the Boyle County Fiscal Court’s meeting the day before and his impression was that magistrates were going to want to make further changes, which could get in the way of a June approval.

“I’m going to say this as nicely as I can,” Nelson said quietly. “We’ve been asking the fiscal court for edits for about three or four months. So the answer is I think we’ve asked and we certainly want to work with them. But at some point, the partnership needs to determine who are the partners that want to work together.”

The Danville Board of Education is expected to finalize an agreement Monday with Danville Pediatrics to provide in-school clinic services... read more