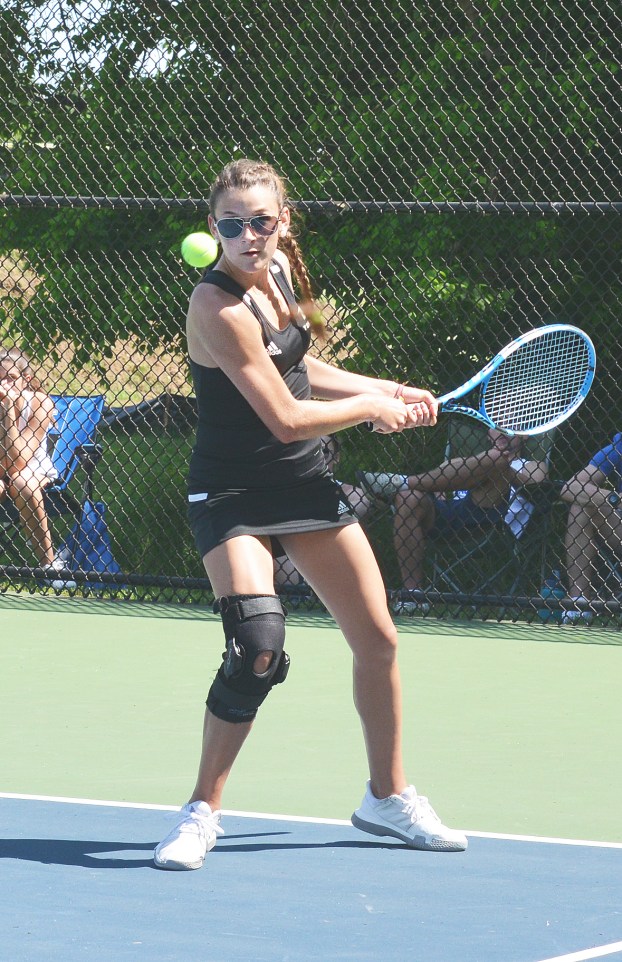 An unseeded “hometown girl” pulled an upset over a seeded player in singles in the girls 12th Region tournament Thursday.

Molly Wise went into the tournament unseeded for Boyle County High School, but defeated Danville’s Charlotte Resche, who was No. 4. 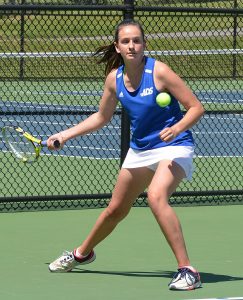 Boyle’s coach Tao Costello said the headline should be “Hometown girl from Boyle upsets foreign exchange student from Danville, the No. 4 seed in the tournament, in a super tie-breaker match.”

“She just played the match of her life. They just went at it. They were hitting low and hard. It was just a super match,” Costello said.

Following the more than an hour-and-a-half match, Wise said, “I play No. 2 singles, and she beat our No. 1 singles, so I wasn’t expecting to win.

Wise said she was mentally prepared for Saturday’s quarterfinals match.

“One of the girls I could possibly play, I’ve already beat earlier in the season. Fingers crossed, I can play her,” Wise said.

“She was in the zone and played her best match,” Costello said. “She came out today and played her first match at Centre. She was the first girl to get there and she was practicing her serve. I could see it in her eyes that she was ready to play today.

“We knew she had a chance, and she it. She pulled it off.”

12th Region Girls doubles who won Thursday advancing to the quarterfinals on Saturday are: