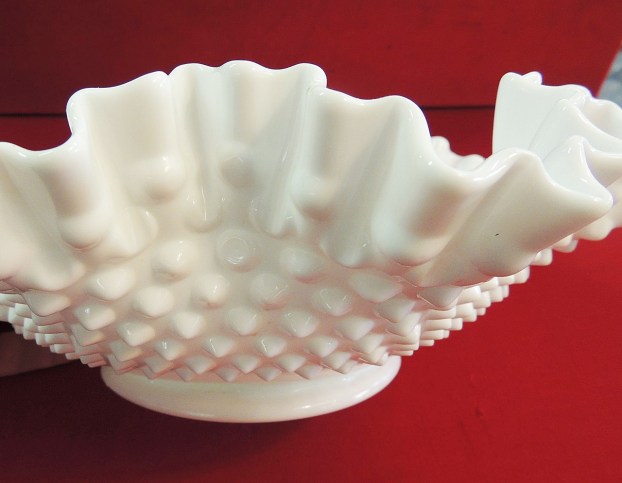 xJerry Sampson is owner of J. Sampson Antiques, Books and Appraisals on Main Street in Harrodsburg. He has been an accredited senior appraiser (ASA) in the American Society of Appraisers since 2009. To request an appraisal, send clear digital photos, detailed descriptions, measurements and condition to jsampsonantiques@bellsouth.net. Only one item per person. Items will be selected on an individual basis and may or may not appear in print. No coins, money, stamps, weapons or sports memorabilia will be considered. No emailed photos or information will be kept. Information discussed in Personal Effects is not intended to be a substitute for an in-person appraisal of an item. Exact valuing can come only from actual viewing. Jerry Sampson, J. Sampson Antiques, Books and Appraisals, The Advocate-Messenger and its staff cannot be held responsible for misinformation or incorrect estimates. These featured appraisals are intended for entertainment purposes only and are not valid for insurance coverage or estate settlement.

Question: Hey Jerry, what about milk glass — is it good or not? Sometimes I see it and it’s high and sometimes I see it at yard sales. Is it something I should be picking up? What sets the value? I saw that Martha Stewart some years ago tried to bring it back, but looks like she did more with jadeite. Is that green milk glass? Much help needed and much appreciation given. Thanks.

Answer: If any glass has ever been on a roller coaster, it’s milk glass. Let’s first understand what milk glass is. Milk glass is an opaque glass made white, usually by the addition of tin oxide. If it has that fiery color at the edges, especially if its held to the light, that’s called the tyndall effect. More commonly it’s called opal or opaline glass and it’s made with ashes of calcined bones. Most of what collectors call milk glass is, all white with no flaming or coloring at the edges.

Many collectors and dealers think that milk glass is a Victorian invention. Not completely, the 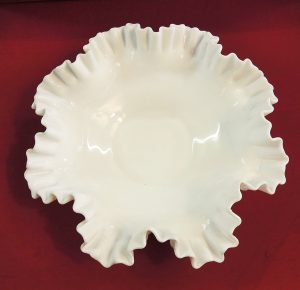 Victorian’s did coin its name and it rose to prominence during this era. However, what we call milk glass traces its roots all the way back to Venice in the 15th century. During this period it was often decorated with colored enamels and was a high status object. I mean like a Mercedes. Only the very rich, or royalty, owned milk glass. In time, it was reproduced on almost every continent.

Like I said earlier, it was during the Victorian period that it gained its highest fame, being

pressed and molded in a thousand different shapes and patterns. Many Victorians loved it, as it mimicked the look of ultra white porcelain.

Colors confuse a lot of people. There is pink, blue, green, yellow and even brown colors. To be clear, you should say white milk glass when you want the earliest milk glass. Most colored pieces are going to date to the 1850s to the 1950s. It’s all milk glass, but colored milk glass obviously has a colorant added to it. So, yes, Jadeite is a type of green milk glass. Milk glass waned in popularity during World War II, but it rose up again in the 1950s. It’s still in some form of production today, including Anchor Hocking, Fenton, Westmoreland and several decorators and trend setters.

Yes, Martha tried, and was fairly successful, with bringing it back. But really, had it gone anywhere?

Value is based upon condition, pattern and age. You can forget finding a piece from the 1500s. Most of those pieces are either gone or are in museums. But you can find some incredible pieces.

American pieces are very collectible, but many serious collectors covet the pieces from England because of the amazing details in the molding. Some collectors love the objects hailing from Germany or France, but they feel they lack the brilliant white color. Values are all over the place. At one time, some pieces in the 1950s sold for hundreds and hundreds of dollars. Those same pieces today, might languish on a shelf for $50. You can buy some very nice, if not rare, pieces for under $50.

then it’s good. If you’re trying to play the market, I’d pass on it until you gain more knowledge.

Antiques are not investments, remember that. But avoid the white milk glass florist’s vases, bowls and the like. That junk will never be worth anything. Thanks for a great question.