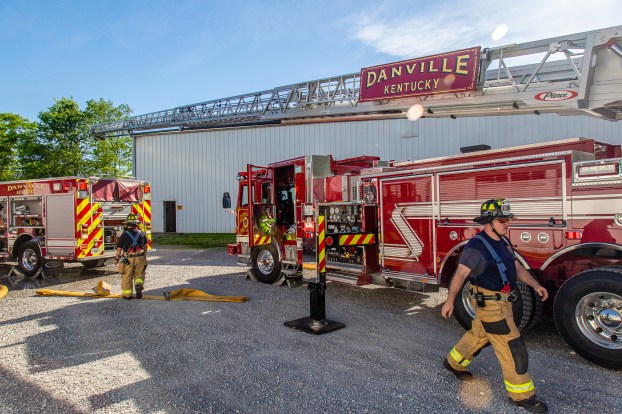 Danville firefighters work at the scene of a structure fire at Sellers Manufacturing on West Walnut Street Monday evening. (Photo by Ben Kleppinger)

By 6 p.m., the fire was under control, but firefighters were expecting to be working at the scene for several more hours.

The fire was inside the walls of a metal building, which was going to require hours of work with manual tools to access and fully extinguish, according to firefighters at the scene.

The Danville High School council will hold a special called meeting to discuss the process, procedures and timeline for principal... read more