Anyway you pop it, balloons are bad news 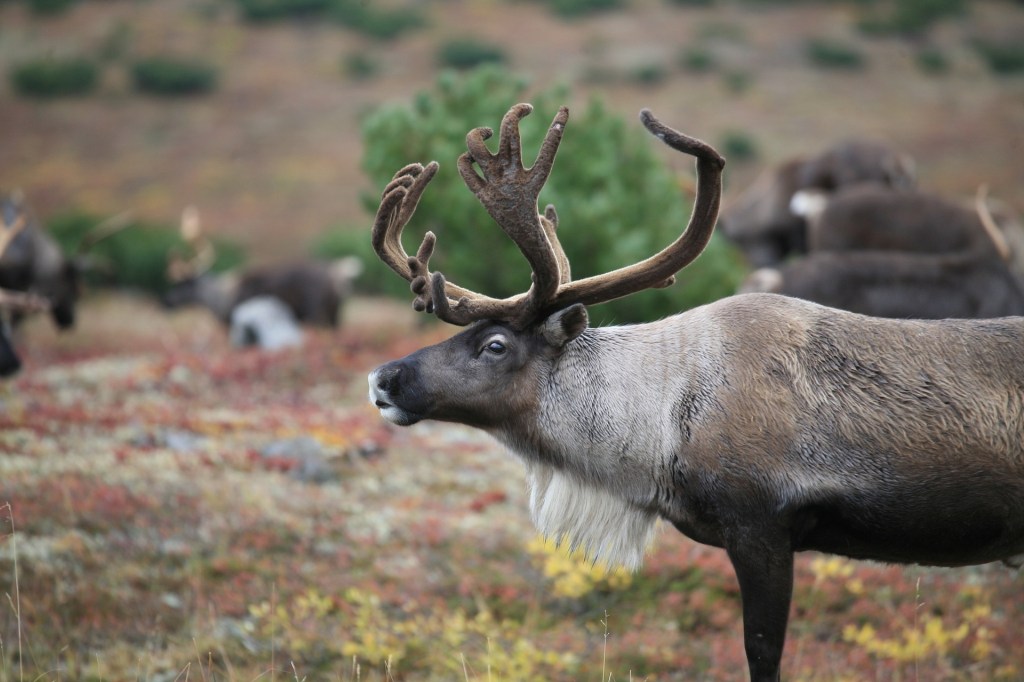 Amanda’s Animal Fact of the Week: Reindeer’s eyes change colors in the winter. The part that changes colors isn’t the iris, but the tapetum. The tapetum is the part that you can see when you shine a light on an animal in the dark, often referred to as “eye shine.” Reindeer eyeshine is golden in the summer and blue in the winter. It’s believed this is due in part to the fact they live so far north, so their days are very short in the winter and very long in the summer.

Yes, balloons are a fun and cheap way to make things look fun and exciting. But the environmental cost is too high. Balloons are really just little pieces of trash that you can enjoy for a little while.

The trouble with balloons, though, is that people don’t usually just blow them up with air; they use helium. Helium is a limited, non-renewable resource — and it’s a very valuable resource. It’s really dumb that we use helium for party decorations when it’s used in a variety of ways that I would say are much more important.

Helium is needed for MRI machines, space exploration, welding and scientific research. And whatever helium we already have is all we have. When helium escapes into the atmosphere, it just rises out into space and is gone forever.

It just seems so crazy to me that we are in the middle of a helium shortage but I can still go down to the store and buy a helium filled balloon for $1. Something is definitely not adding up here. Since helium is such a valuable and non-renewable gas, we really should be educating everyone about that and treat it as such.

Another big problem with balloons is that people let them go — often on purpose. Does it look cool when balloons are let go? Sure it does. But just think about those balloons and what happens to them when you can’t see them anymore. It doesn’t take much imagination to realize where those balloons end up.

Your balloon could pop and end up in the ocean. I’m sure at this point we have all seen the countless reports of marine animals found dead with stomachs full of plastic. A quick Google search will show you — it’s very disturbing and sad.

I understand that balloon releases are often done because people miss someone they love. I miss a lot of people, too. But I’m not going to endanger wildlife or waste helium in their memory; they wouldn’t want that.

There are other, nice things you can do to remember the people you love. Some people release butterflies (but make sure the butterflies are native to your area and you are releasing them at an appropriate time of year). Others blow bubbles, which can create same effect of something rising to the sky.

It’s really hard to tell people about the harmful effects of balloons when they are releasing balloons for someone who has passed away. What you say may be the truth, but it’s also an emotional moment when those people are mourning a loved one. It may be better to spread the word about balloon releases at other times, so that future balloon releases won’t happen because people will already understand the problems before they decide how to remember their loved ones.

Since summer is almost here, it’s also peak season for water balloons. While water balloons don’t use helium, they do cause a huge mess. They are designed to be thrown and broken outside. Once you do that, good luck trying to find all of those tiny pieces. Many people don’t bother to pick up the debris at all. Water balloons are little more than just litter bombs.

Some companies want you to feel good about using and releasing balloons so they will tell you that balloons are biodegradable. That’s misleading. Some people mislead by saying balloons degrade as fast as oak leaves. Because oak leaves are natural that sounds okay. But oak leaves actually take more than four years to degrade. That means your balloon is sitting there polluting for years, which is plenty of time for it to harm or kill an animal.

Even The Balloon Council, which is an organization that tries to tell people that balloons are good, says that balloons should never be let go. If they can see the problem and admit it, it’s time everyone else did too.