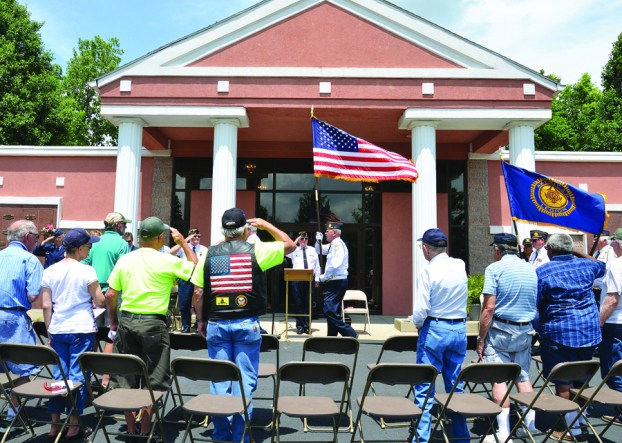 Members of American Legion Post 18 Colorguard presents the colors at the beginning of the Memorial Day Service held on Saturday at Danville Memorial Gardens.

A handful of people attended Saturday’s Memorial Day Service to honor all veterans who died fighting for this country.

Overlooking Danville Memorial Gardens Saturday afternoon while the sun was shining and birds were chirping, Jack Hendricks said, “We come together as a nation to remember those lost in the clash of battle; the thunder of bombs; the roar of tanks; the rumbling of airplanes … and the scream of artillery shells. This Memorial Day we come together to appreciate the freedom that we enjoy today as we honor the sacrifices that paid for it.”

He added, “We need to remind folks what Memorial Day is all about.”

“Be thankful that such brave men and women have lived … who bravely rose up and fought for something greater than themselves, protecting a home to which they never returned. … They gave up their todays for our tomorrows, and now we must carry their message of dedication and determination to the generation in uniform today, and to the generations who will serve tomorrow because there is no greater way to honor the memory of those who have secured it.”

He said he thinks the nation has forgotten what the military has provided in order for this country to maintain its independence. He also asked that next year each person take five people with them to a Memorial Day service so that the younger generation won’t forget the sacrifices made that has ensured their freedoms.

“If we don’t carry forward the memory, our young men and women will not know its history.” 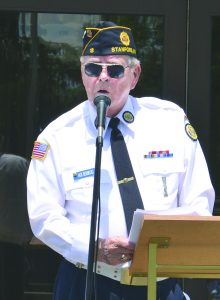 Jack Hendricks talks about the importance of remembering the veterans who lost their lives fighting for this country during the Memorial Day Service at Danville Memorial Gardens on Saturday. 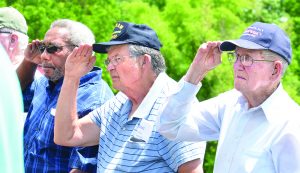 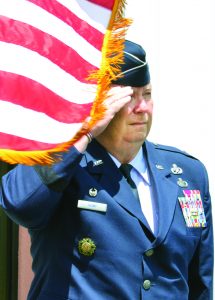 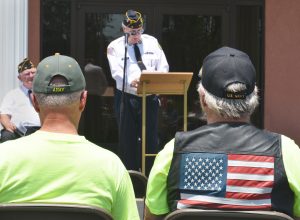 David Arnold, left and Daniel Arnold listen to Jack Hendricks as he talks about the importance of remembering thos veterans who died to keep this country free. 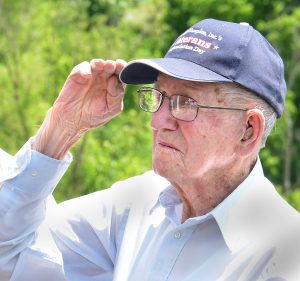 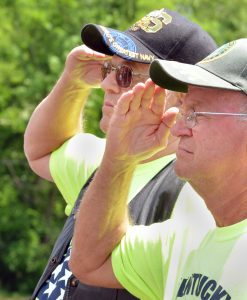 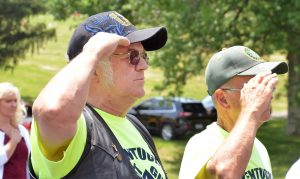 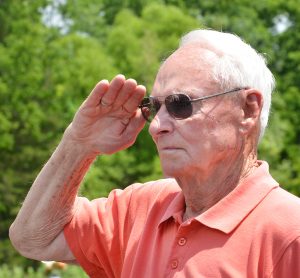