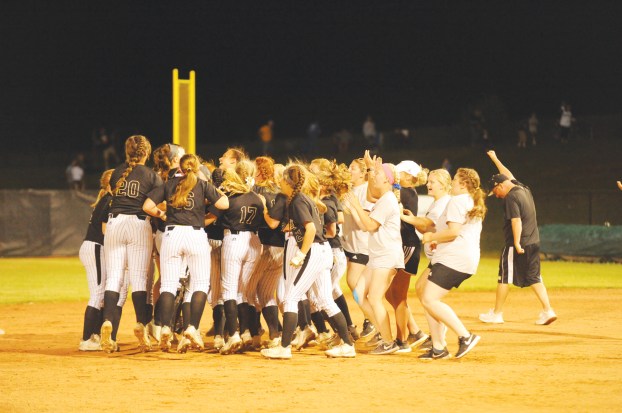 The Boyle County softball team has already claimed its third consecutive 12th Region Championship, having staved off a late surge from Garrard County Wednesday night. On Saturday, at 11 a.m., it will face another familiar 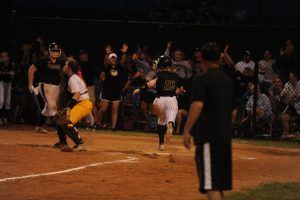 foe, Woodford County in a semi-state match-up for the right to go to Lexington and a chance at a state championship.

“We played Woodford earlier this year. They’ve got an excellent program. They’re one of the top teams in the 11th,” Boyle County coach Brian Deem said.

“We had them early in the year in a night, and we were fortunate to get a victory. We’re going to have our hands full.”

That was a common phrase for Deem in remarks made after the regional title victory. But he also knows that his Rebels can stand toe-to-toe with anybody in the state. He is confident that the schedule his team played, against the top teams in the state, has prepared them for whatever the KHSAA State Tournament can throw at them.

The Rebels travelled to Woodford County on March 26 this year, beating them 11-7 in a game where Woodford had to use three pitchers. In that match-up, Haley Honacker pitched, allowing 11 hits and striking out six. Haley Cannon and Madison Baker each had three hits and four RBIs, while Izzy Gercavio reached base on four of her five plate appearances, drawing three walks and stealing a bag as well.

Both teams have grown a lot in the following months, however. Perhaps the biggest difference between Boyle now from then is the emergence of senior Katy Grace Chadwell, who won 12th Region Tournament MVP honors, taking over the pitching duties from Kyndal Honacker.

“He’s going to throw Claire Lehmkuhler on us. She’s a rise ball pitcher and she’s really good,” Deem said of the likely pitcher, who faced them in the previous match-up as well. “They got kids who can hit the ball. They’re athletic. We’re going to have our work cut out for us if we want to make it to UK.” 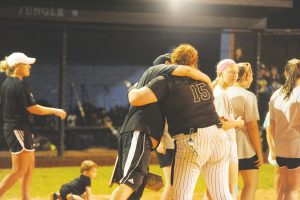 In the previous game, Lehmkhuler lasted only four innings, allowing seven hits, four runs, and walking two while striking out six. Her replacement, Elizabeth Edwards, allowed seven runs, only three earned, in 1.2 innings which put the lead out of reach.

One thing is for sure, though. With three regional titles in a row, and five in the last eight years, Deem has built a powerhouse at Boyle County.

“We changed this program,” he said of his three-peat Rebels. “It can be spoken with the elites.