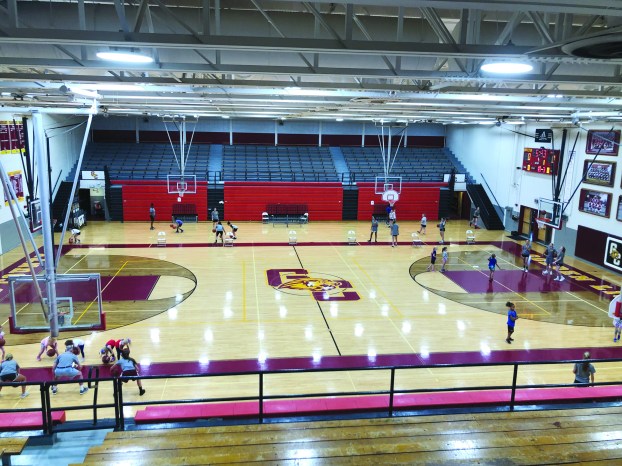 Jimmie McCulley may be in his first year as coach of the Garrard County Lady Lions basketball program, but he’s already recognized the importance of looking to the future.That’s why he started the Future Lady Lions 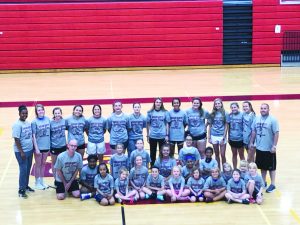 Garrard County Lady Lions basketball team, who acted as coaches and the soon to be Lady Lions. (Photo submitted)

basketball camp, where young girls can learn the fundamentals from his varsity and junior varsity players.

“The last couple, three years, we’ve not had as many girls coming out for middle school and high school,” McCulley said of the impetus for starting the camp. “Me being a new coach, I’m just trying to generate some interest back in the program.”

Based on the first year, it’s working, as both days of the camp saw about 25 girls each.

But it isn’t just making connections with and grooming talent that could become Lady Lions in the future. As coaches, the current players on the team are also growing their game and as people.

“I think it really drills it home for them,” McCulley said. “Because the same drills we’re doing in camp, we do fundamentally each and every day in practice. They can see the benefits of it because they see each one of these kids getting better each day they’re here at camp. It all starts with fundamentals.

“That’s what I’m building this program on and that’s what I think these girls are buying into right now. They really bought in and they showed a lot of leadership coaching these young ladies this week,” he added.

McCulley is hoping that those fundamentals, as well as the experience of running a camp, will help his players grow both on and off the court. 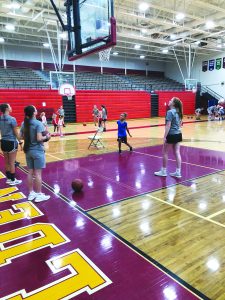 Coach McCulley hopes to both expand interest in girl’s basketball in the community and also instill fundamentals in his current players. (Photo submitted)

McCulley is taking over a program that struggled last year, finishing with a record of 6-26. But with the combination of excitement generated from the camp, as well as the growth it gave the players currently on the team, he is excited for what the future holds.

It’s also his plan that this will be the first of many future camps he will be conducting. And he plans on being a staple in the Garrard County basketball scene, not just in high school, but all levels.

“We will do it every year that I’m here as coach and I plan on being here a long time,” the first year coach said. “I will be coming around to little league practices and games when they get started, making connections with parents and coaches putting my handprint on the little league program as well as middle school. Talking to parents there. Communicating through social media what’s going on with our program. Hopefully generate a lot of interest with the younger kids and the parents.”

BEREA – It’s the state tournament, after all, so it didn’t figure to be easy. And Boyle County has become... read more