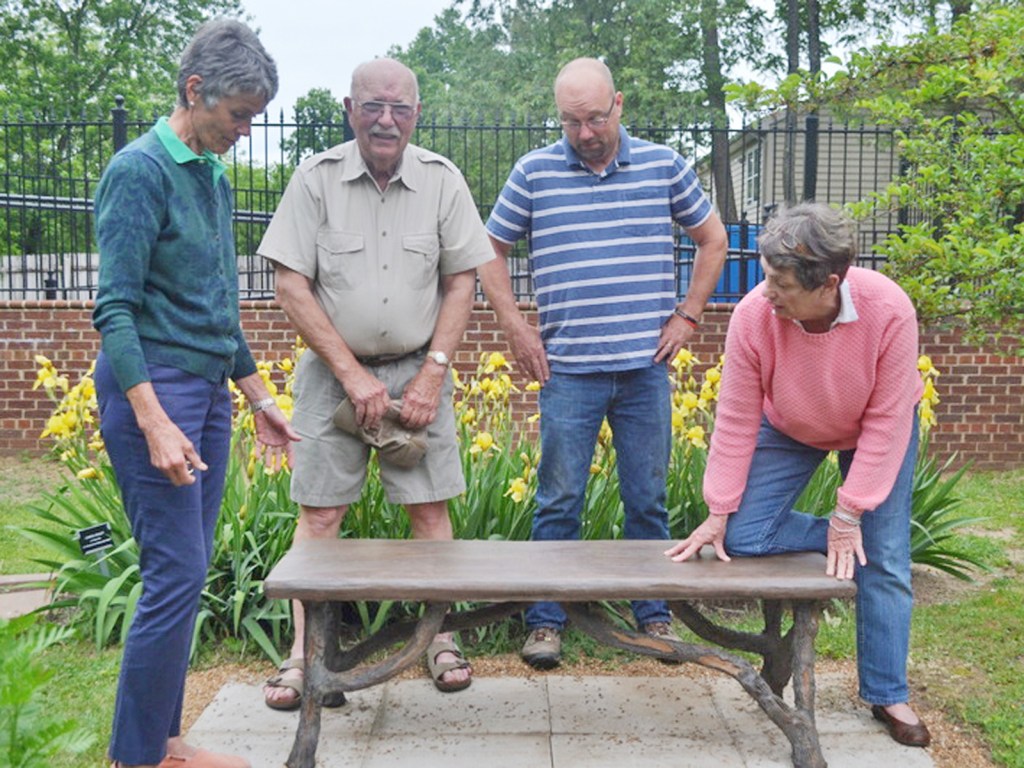 Robert L. (Bob) Ziesmer, at left, is pictured with his son and Garden Club members. Bob and his son made the faux bois bench the Garden Club donated to the Mary Akin Memorial Herb Garden in Constitution Square.

The Garden Club of Danville

Bob Ziesmer supplies not only his friends in the community with produce from his gardens, he supplies Grace Cafe, a local non-profit pay-as-you-can restaurant committed to serving fresh, healthy, local food regardless of the patron’s ability to pay for it.

His newest project is to raise vegetables which are typically found in Syrian markets for the two Syrian refugee families who have recently settled in Danville. Not only does he provide for his Syrian friends, he has introduced these exciting and exotic vegetables into the greater Danville community.

Working with Centre College students and students from Boyle County High School, Bob has expanded his efforts in planting more and larger gardens to provide these “new” vegetables. Around town, he is known as “Centre Grandpa.”

The award was presented by Donna Smith, GCKY first vice-president, and Gigi Biles, state historian and member of the Garden Club of Danville, who nominated Bob for the award.